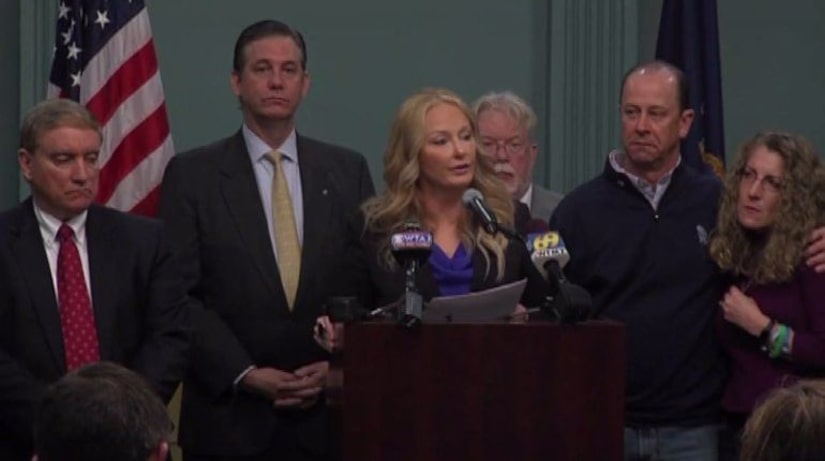 Piazza, 19, of Lebanon, New Jersey died February 4 at Penn State Hershey Medical Center after he fell down stairs at the Beta Theta Pi fraternity house in State College during a party on February 2. He was a pledge at the fraternity.

The grand jury concluded that the brothers at Beta Theta Pi cultivated such a permissive atmosphere regarding excessive alcohol consumption, that Piazza's death was not an unfortunate accident, but was the direct result of encouraged reckless conduct that demonstrated a reckless disregard for human life, or a reckless interference to the possible consequences of such conduct.

Investigators say over 40 minutes elapsed before the fraternity called for help after they discovered Piazza was looking deathly ill the morning after the party. Following Piazza's death, authorities said fraternity brothers tried to destroy any evidence that would reveal what had been happening behind the doors of Beta Theta Pi.

The grand jury found evidence that Beta Theta Pi engaged in hazing, not just for Piazza's spring 2017 pledge class, but also previous pledge classes in spring and fall of 2016.

Investigators discovered in the fall 2016 pledge class, Beta Theta Pi subjected 29 pledges to forced physical calisthenics, sleep deprivation and excessive and severe alcohol consumption. The grand jury noted that every single pledge hazed was under the age of 21. In Piazza's spring 2017 pledge class, 12 students had not yet reached the legal drinking age and the grand jury said all were subjected to hazing.