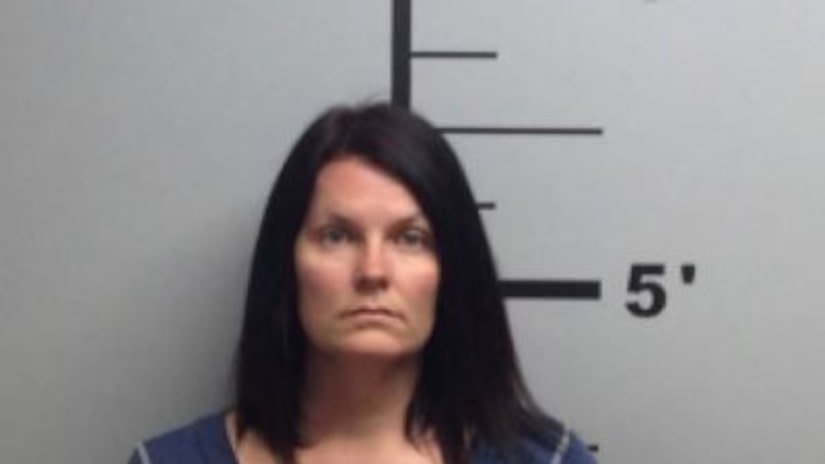 CENTERTON, Ark. -- (KFSM) -- A Centerton woman was arrested last week after she allegedly shot at a 14-year-old boy whom she accused of trying to rape a neighbor's dog.

Kerrie Lenkerd, 40, was arrested on Tuesday (April 25), according to an arrest warrant. She is facing a charge of felony aggravated assault.

On Monday, April 17 Centerton police talked to Lenkerd, who said that she spotted the teenager out her window in her neighbor's yard. She told police that the boy was in his boxers and he was sexually assaulting the neighbor's dog.

Lenkerd said the boy has done this before, so she took a gun from her safe and approached him and ordered him to get on the ground, the warrant states. She said the boy jumped the fence and so she went after him and fired a shot into the ground to scare him. She said the boy ran away leaving behind some clothes and an iPad.

Officers spoke to several neighbors who said they heard the gunshot and then spotted the boy running away, the document states.