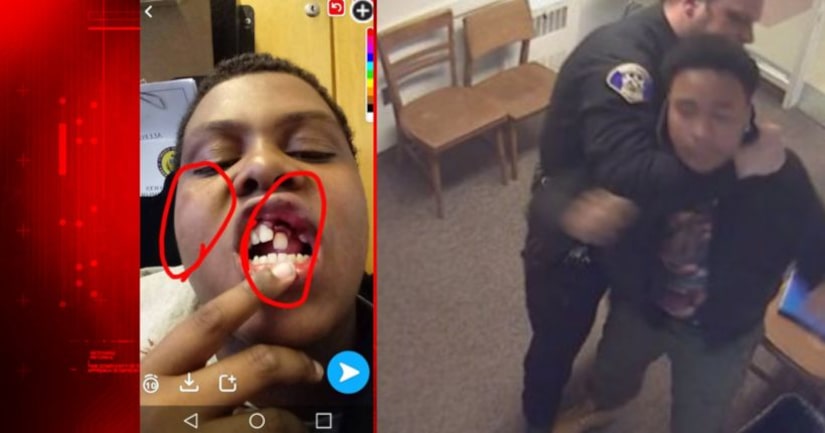 PITTSBURGH, Pa. -- (WGCL) -- A high school in Pittsburgh has gained national attention after surveillance footage showed a principal shouting expletives at a 14-year-old while a school resource officer beat him--knocking out one of his teeth.

The student, who is in ninth grade, said Principal Kevin Murray often harasses him and speaks to him in an expletive-laced, threatening manner.

The student recorded an exchange between the two, which led to the initial investigation of the high school's administrative conduct.

In the audio recording, the principal can be heard saying, "I am going to [expletive] punch you in the face ... and when we go down to court, it's your word against mine--and mine wins every time."

Recent surveillance footage of the school's resource office, which was released by the family's attorney, shows the interaction between the principal and student.

The footage then shows the school resource officer putting the student in a headlock and taking him to a secluded area--outside the vision of students walking down the nearby hall--where he deploys a Taser multiple times.

The officer then takes the student to another room outside of the camera's vision. (He later leaves with bruises on his face and one of his teeth knocked in.)