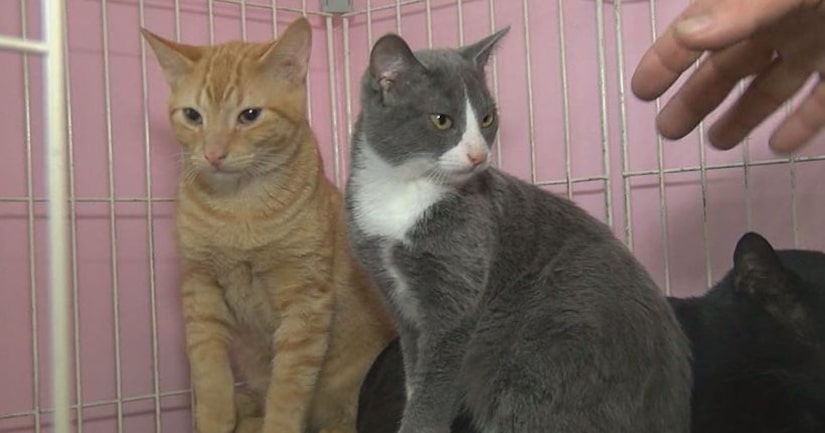 The Animal House says animal dumping is a problem that continues to get worse, especially as the weather gets warmer. The store recently installed cameras outside the store in response to the issue.

"This time of year we probably get 15 to 20 calls a day. People wanting to bring up cats and kittens and it's just overwhelming. We just can't do it. We can't house them, but we do have names and numbers of places that can do it," said owner Michael Raleigh.

The surveillance video shows a man get out of a van, unload two kennels, set them down and drive off. The staff said the kennels were filled with feces and filth, but the animals did not appear to be harmed.

Raleigh found the cats as he opened the shop the next day.

The Animal House is known for rescuing many animals. However, Raleigh said right now they have very limited space and staff to care for more animals.

The cats had to be moved into a kennel with four other kittens that were rescued. Raleigh said cramming too many animals into one space can create issues for their business.

"Other customers come into our store and see that and don't ask questions. The next thing I know I have the SPCA at my door accusing us of overcrowding animals and that's not our intent. Unfortunately, we have to do that because of situations that happened today," Raleigh said.

While dumping animals is illegal, Raleigh said that he has no intentions of turning the man over to police.