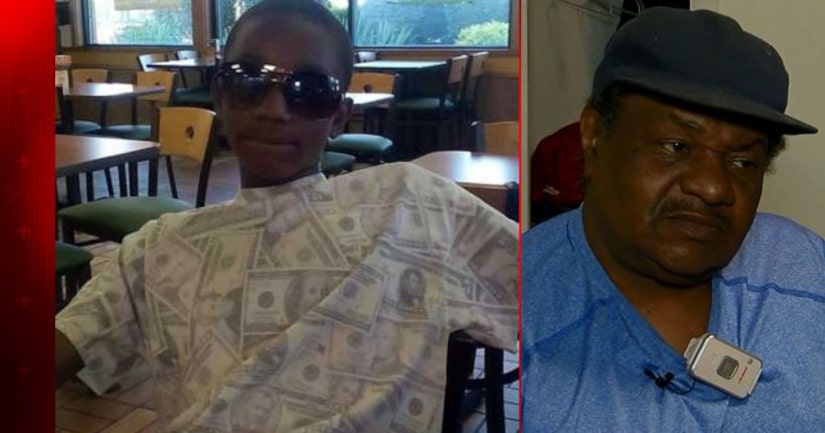 EAST PRICE HILL, Ohio -- (WXIX) -- A father who mistakenly shot and killed his own 14-year-old son, thinking he was an intruder, spoke out about what happened that day and how his life changed forever.

His son, 14-year-old son Georta Mack, told his father, Harvey Benford Sr., he was going to school and walked down the street to catch a bus on Glenway Avenue. But he decided to skip class and sneaked back into the basement, where he planned to hide until his father went to work.

He said he didn't know his son had been suspended from school.

"I seen the bus pull off and he went to the bus," he said. "It turned it's signal light on to go up the hill."

Benford thought his son was an intruder, got up out of bed, and went downstairs

"I heard some noise in the house. And I said, 'who the hell in my house,'" he said. "So I walk in my bedroom and get my gun. It's under the pillow. I walk in the kitchen and looked at the back door, and it wasn't latched. I always keep that latched. Nobody just walks in my house... I always keep everything latched up.

I go over to the pantry... the lights are out, but it's got a door that slides, and its heavy and drags across the floor. So I am pushing it open and I got the gun in this hand and just as I get it open he said, 'boo,' right in my face. Scared the hell out of me... the gun went off just like that. And there he is... I done shot my baby."

Benford said those next few minutes were excruciating as his son lay dying.

He said it felt like forever for help to arrive as he was holding his son in the house along Blanchard in Price Hill.

Benford said he was trying to think what he could do to save his son, even if it meant taking his own life.