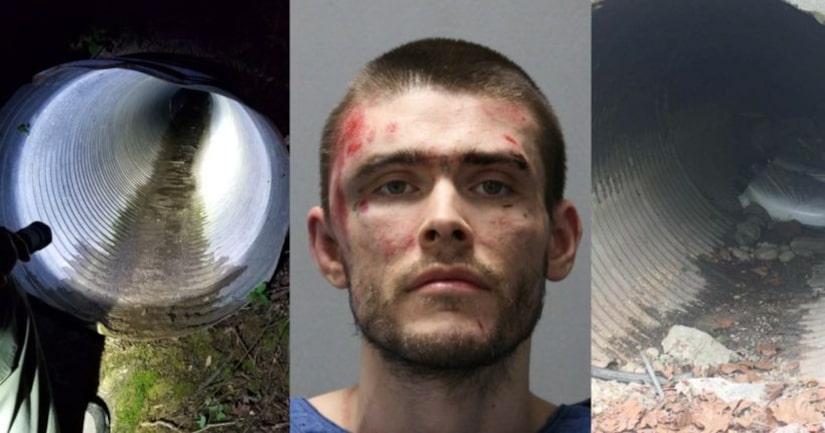 JESSUP, Md. -- (WBFF) -- After a reported sighting led police back to the area of Friday's prisoner escape an intensive search ensued and the convict was found hiding inside a small drainage pipe, about a half-mile from where he disappeared.

The tip was called in around 9:30 a.m. on Wednesday and 28-year-old David Watson was found around 9:40 p.m. that evening, by tactical officers using night vision equipment.

“Around 9:40 p.m., tactical officers were rechecking terrain, including a small drainage pipe, approximately 18-20 inches wide, a few hundred yards from the morning's sighting. Although the pipe had been confirmed empty earlier in the day, officers with night vision equipment rechecked the area after dark. They found Watson lying inside, attempting to hide. He was taken into custody in good condition and suffered minor scrapes and injuries during his time in the woods.” -Howard County Police

Watson was arrested and charged with escape and assault and will be transferred in a maximum-security transport to the Delaware correctional facility where he is serving a sentence of over 100 years.

The inmate escaped after being transported to Clifton T. Perkins Hospital Center in Jessup by the Wicomico County Detention Center on Friday morning. According to Howard County Police, two guards were in the van when it stopped in the hospital parking lot and a guard opened the door. Watson then pushed a guard to the ground and ran into the woods, where he was pursued by the guards, investigators said. 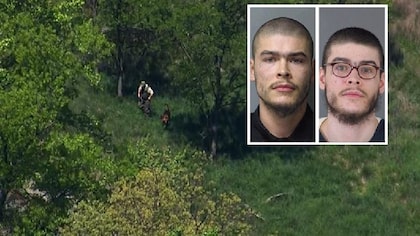