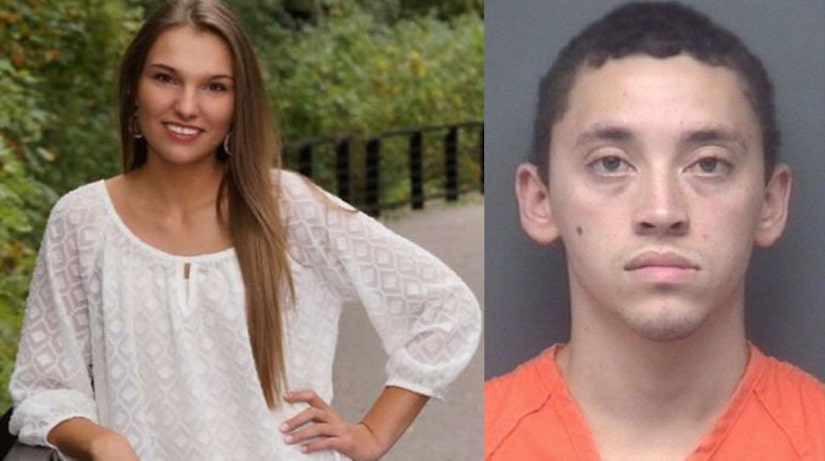 NEWBURGH, Ind. -- (WXIN) -- The ex-boyfriend of a University of Southern Indiana student found slain last week has been formally charged with murder, felony murder, robbery and obstruction of justice.

According to the Evansville Courier & Press, 22-year-old Isaiah Hagan made his initial appearance Tuesday in Warrick Circuit Court to hear the charges against him in connection with the fatal shooting of 20-year-old Halee Rathgeber.

Rathgeber's body was found April 24 near a rural sports complex east of Newburgh, about 15 miles east of Evansville. Authorities have said she died after being shot once in the head. There were no other significant physical injuries on her body, investigators said.

The felony murder charge alleges Hagan killed Rathgeber while robbing her of her wallet, cellphone and other items. The obstruction of justice charge stems from allegations that Hagan “altered, damaged or removed” her phone, keys or wallet in order to cover up the killing, the Courier & Press reported.

On Twitter, Hagan “liked” posts in memory of Rathgeber and retweeted a message posted about Ratheber's disappearance hours before her body was found.