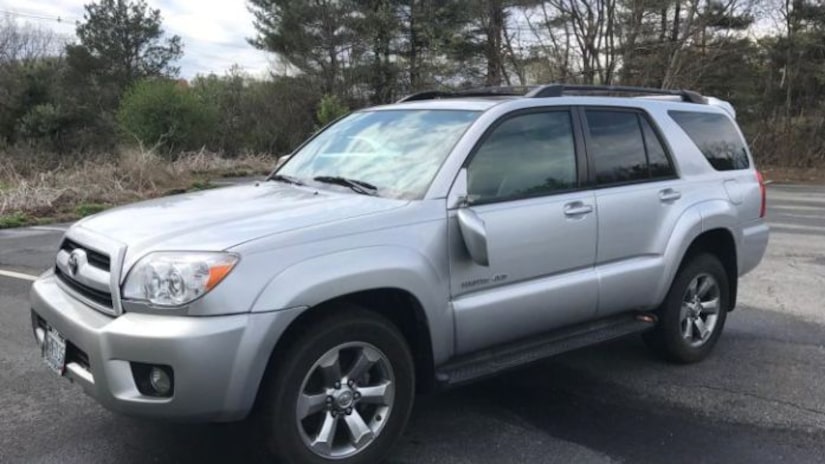 BOSTON -- (WTIC) -- Aaron Hernandez's silver 2006 Toyota 4Runner, which prosecutors said was the “murder car” used in a drive-by double killing, is now up for sale on eBay as an “infamous” collectible item.

“This is the REAL DEAL !!! Aaron Hernandez' (sic) infamous silver Toyota 4-runner,” the eBay listing reads. “Nows your chance to own this infamous piece of famous football memorabilia !!”

The vehicle is owned by Jack Fox, a car dealer in East Providence, Rhode Island, and had been leased to Hernandez. Fox teamed up with his friend Buddy Clair, a car dealer in Westford, Massachusetts, to put the car up for sale on eBay.