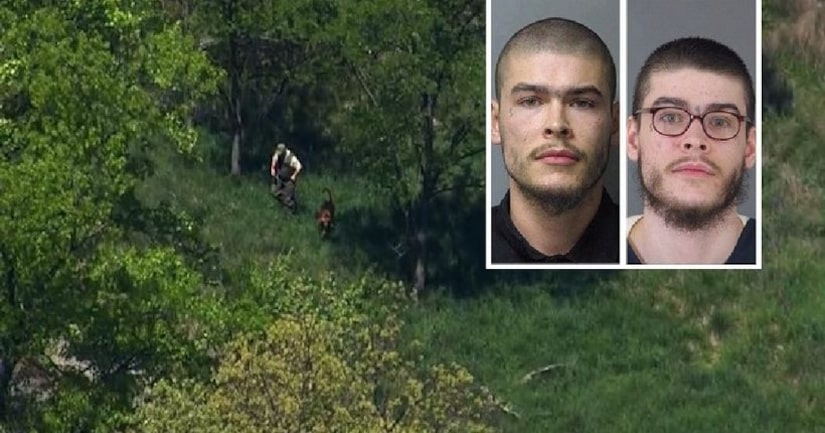 UPDATE May 4, 2017: After a reported sighting led police back to the area of Friday's prisoner escape an intensive search ensued and the convict was found hiding inside a small drainage pipe , about a half-mile from where he disappeared, reports WBFF .

David Watson escaped on Friday morning after he was transported to Clifton T. Perkins Hospital Center in Jessup by the Wicomico County Detention Center. According to investigators, the 28-year-old man pushed a guard to the ground after the transport van's doors were opened and fled into a wooded area.

Howard County Police were notified around 9:46 a.m. and Maryland State Police, as well as police from Anne Arundel County, joined the search effort. Howard County Police suspended the ground search late Saturday afternoon and by Monday morning had transferred primary responsibility for the search to the U.S. Marshals Service.

The $10,000 reward is being offered by Howard County Police and the U.S. Marshals Service.

During a press briefing Friday afternoon investigators noted that handcuffs and a waist chain were found on the scene near the van and a few articles of clothing were also found discarded.

Howard County Police say they suspended the ground search “after exhausting all search efforts in the immediate area” including efforts using K-9 units, helicopters, and heat-seeking technology. According to investigators, there are no indications that Watson remains in the area where he escaped.

Nevertheless, Howard County Police plan to visit Jessup-area businesses on Monday, which may have been closed over the weekend.“Officers will be handing out flyers and asking businesses to check their properties, trucks, vans, buildings and any video footage for possible break-ins or sightings of someone matching Watson's description,” Howard County Police wrote in a release.Watson, a white man approximately 5'8” tall, has face tattoos between his eyes and under his right eye, and body tattoos, including “EVIL” on the back of his neck and “SIN” on his hand.

The prisoner did not have access to a weapon at the time of the escape, police said.

Anyone with information on his whereabouts is asked to call 911 immediately.