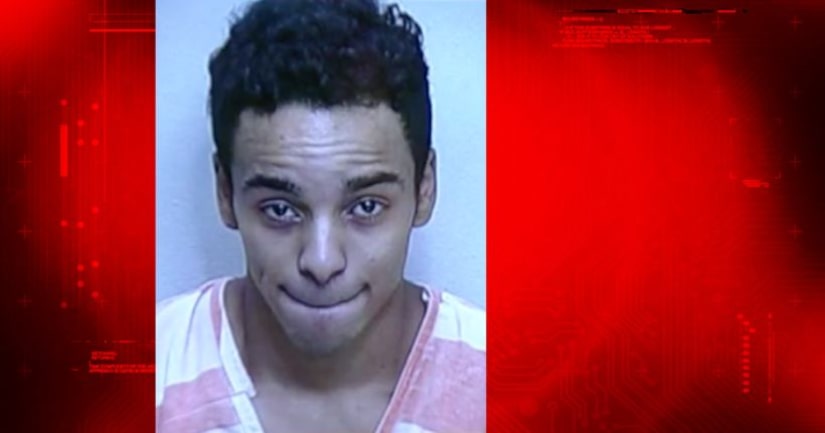 Deputies said the girl and her date were on the way to Belleview High School's prom when Christopher Rosario, 19, drove up to the high school and wanted to talk to her.

The girl got into Rosario's car in an effort to avoid a confrontation between him and her date, according to the Sheriff's Office.

Rosario, who deputies said was an acquaintance of the victim, sped off with the girl in the car as she fought him and tried to get out of the vehicle, deputies said. Rosario bit the victim and took her phone so she couldn't call 911, the Sheriff's Office said.

Deputies said many people witnessed the incident and saw the girl hanging out of the vehicle while screaming for help.

The Sheriff's Office worked with the girl's friends, who tracked her phone using an application.Deputies responded to the area where the girl's phone was pinging and drove toward Rosario, deputies said.

When Rosario saw deputies driving toward him, he crashed his car into the woods, the Sheriff's Office said. The girl got out of the car in her prom dress and begged for help, deputies said.