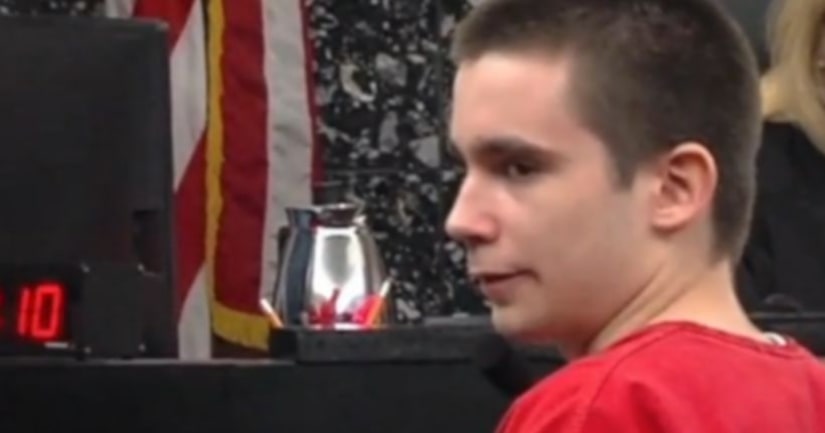 PALM BEACH COUNTY, Fla. -- (KSWB) -- A 16-year-old student charged with the vicious stabbing attack on a fellow student will not spend the rest of his life behind bars. In fact, he will not spend even close to what the family of the victim hoped for.

It's been nearly a year since 16-year-old Juan Hernandez was carried away on a stretcher after being stabbed more than 15 times. He was attacked in the school bathroom by a classmate in a jealous rage over a girl.

Monday, the JROTC teenager recalled the moments that changed his life forever.

“I realized that he had a knife in his hand I fell back up again the stall,” said Juan Hernandez on the witness stand. “I lost my footing and fell to the ground.”

The fellow student who attacked him, Jose Perez De Corcho, used to be his good friend. That's why Hernandez's mother told the judge she felt betrayed.