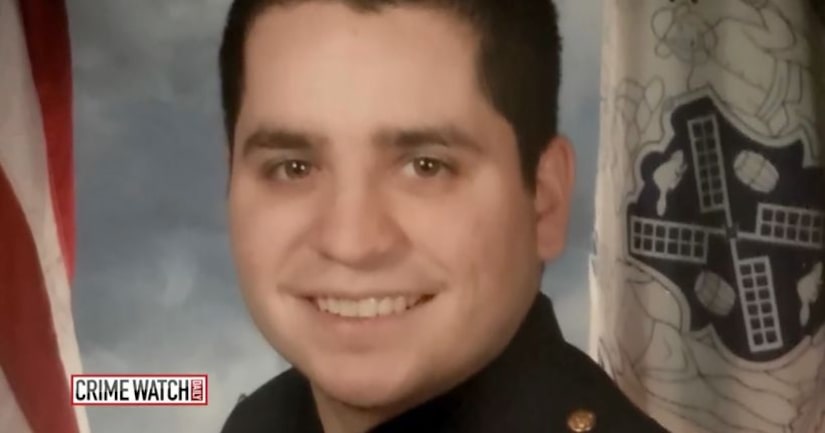 Not since Jeffrey Dahmer have we seen such jaw-dropping, stomach-churning cannibal-themed headlines plastering the tabloids as in New York City's notorious "Cannibal Cop" case: An NYPD cop sworn to protect and serve, exposing his desire to kidnap, cook, torture and eat women in dark fetish chat rooms online.

So-called “Cannibal Cop” Gilberto Valle was apprehended by the FBI after his wife stumbled upon his disturbing fantasies and discovered she was one of his intended victims. Valle adamantly insisted this was “all fantasy” and that he never intended to hurt anyone.

When Valle was convicted, the sensational headlines faded away. He was locked up in solitary confinement and New York's media circus moved on to the next story.

I read through thousands of pages of trial transcripts, examined the evidence and reached out to Valle in prison to get a better idea of what he was like. You may wonder, Why the hell would she communicate with a wannabe cannibal? As a legal correspondent, I looked behind the gory details and saw a revolutionary case that would set a precedent and shape future laws -- a case that exposes deep gaps in our legal system.

Valle's case shows us that we are still applying old laws to modern cases. When George Orwell wrote 1984, he envisioned a time when we would be judged by our thoughts. Fast-forward and the Thought Police have arrived. The FBI stormed Gilberto Valle's apartment and arrested him. He was prosecuted based on his thoughts expressed in online chat rooms even though he never acted any of it out. Valle was charged with conspiracy.

For time immemorial our legal system has struggled to prove criminal intent. How can we get inside someone's head and know their true intent? Now the Internet gives us a way to know exactly what people are thinking. But how can we tell what's fantasy and what's reality? Gilberto Valle was communicating thoughts in the context of a fetish chat room, where thousands of other similarly minded people shared their sinister desires. Do we round them all up and arrest them? How can we tell who is plotting something real and who isn't?

And if the FBI surveils those chat rooms, will it provide a chilling effect, deterring people from logging on? If those people don't have an expressive outlet, will they be more likely to commit a crime?

In contrast, do these chat rooms facilitate crimes by connecting like-minded people? This is what happened with one of Valle's alleged co-conspirators, Michael Van Hise. Van Hise met librarian Christopher Asch online and they took their alleged plans to another level. Unlike Gilberto Valle, who never met his online friends and never bought materials to carry out plans, Van Hise and Asch met in person. When police apprehended them, they found a stun gun, rope, a meat hammer, duct tape, two speculums and a leg spreader in Asch's car. In this case, it appears, the FBI's surveillance of fetish chat rooms may have stopped a real crime from happening.

When it comes to conspiracy charges, prosecutors look for an overt act. The overt act must further the conspiracy, like buying materials to commit the crime.

In Valle's case, the government claimed his overt act was meeting a friend, who he discussed in the chats, for lunch AND accessing an NYPD database to look up names and addresses. A court of appeals ultimately decided these were not sufficient to qualify as "furthering a conspiracy." But the online evidence was strong: blueprints for kidnapping, recipes for chloroform, pictures of real women and detailed plans for brutality. Which brings us to the wild card -- the Internet -- and an important question: How should Internet evidence fit into a conspiracy charges? Should it carry more weight? Can Internet chats and searches qualify as overt acts? Right now we have no modern laws addressing this.

Should the law change? Do we need new laws to address Internet deviance? Should it become a new category of prosecutions? And where is the line between fantasy and reality?