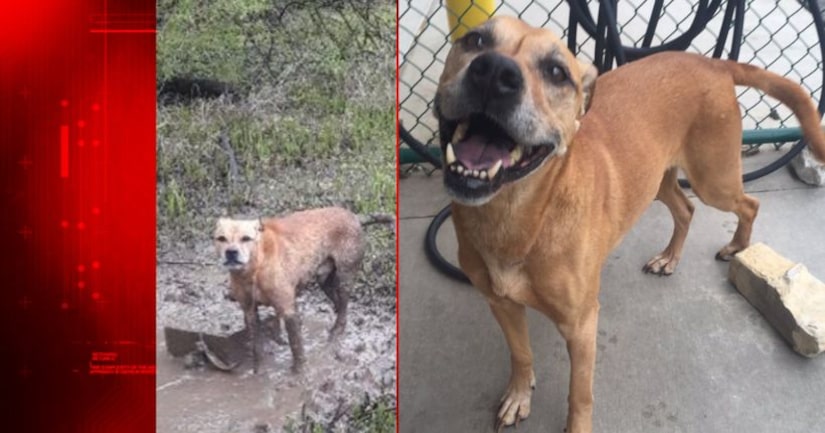 INDEPENDENCE, Mo. -- (KDVR) -- Park rangers in Missouri managed to rescue an abused dog that was chained to a heavy cinder block and left to die at a lake south of Kansas City, according to WDAF.

The Labrador and German shepherd mix was found caked in mud along the shoreline chained to a 12-inch-by-12-inch cinder block "presumably left to drown in high water levels," the Great Plains SPCA said in a statement.

"There is no doubt this was intentional," animal control officer and Great Plains SPCA employee Tonya Hampton said in a statement.

Rangers quickly rescued the animal and he is recovering at the Great Plains SPCA's Independence shelter. Officials believe the dog, now named Deputy, is between 5 and 7 years old.

FULL STORY: Abused dog rescued after being chained to cinder block next to flooding lake - KDVR