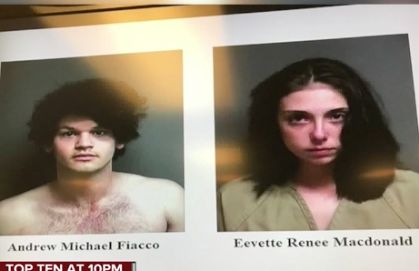 WXYZ
WXYZ - "Both cases are on hold for 3 weeks while defense attorneys get the evidence from prosecutors."

RAY TOWNSHIP, Mich. -- (WXYZ) -- The two teens at the center of a Macomb County murder case shared a horrible secret that wasn't exposed until another teen stepped forward.

Two suspects charged in murder of missing man Stephen McAfee. The former couple were no strangers to trouble.

Long before Andrew Fiacco and Evette McDonald stood before a judge accused of a gruesome crime, the warning signs were there.

Fiacco allegedly shot and killed his best friend, Stephen McAfee, dismembered the body with an ax, and buried the remains in two different locations in Macomb County.