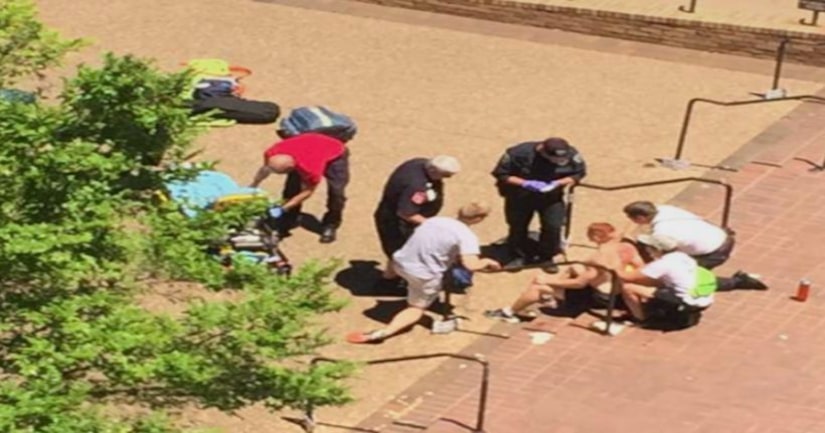 AUSTIN -- (KXAN) -- One person is dead and multiple others are injured after a stabbing on the University of Texas at Austin campus Monday afternoon.

Austin police say they were called to the scene to assist UT police just before 1:50 p.m. at 2101 Speedway, which is near Gregory Gym. Austin-Travis County EMS says one person died and three more were injured.

UT police say one person is in custody and there is no ongoing threat to the campus. Police say the person they apprehended stabbed two people and assaulted one other. Social media posts show the suspect had a large knife holder attached to his waist.

Witnesses tell KXAN they saw one man, who appeared to be a student, grab a “Bowie knife” and stab a person in the neck and stomach.

UT student and KXAN intern, Nidia Cavazos, says she was sitting at a food truck outside the Gregory Gym when she saw the attack happen. “He kicked a sorority girl to the point where she almost fell. A little bit later, that same guy ended up pulling out the knife. Everybody started yelling and running in our direction.”

Students say the first alert they received about the activity from UT was 2:15 p.m., which was nearly 30 minutes after the incident was reported to 911. Another follow-up alert was sent around 2:38 p.m.

A KXAN intern says authorities have evacuated Gregory Gym as of 2:10 p.m. Students say McCombs School of Business is on lockdown. Access to the Perry Castaneda Library has been temporarily due to the investigation. Moody College says they are not on lockdown and the building is open.