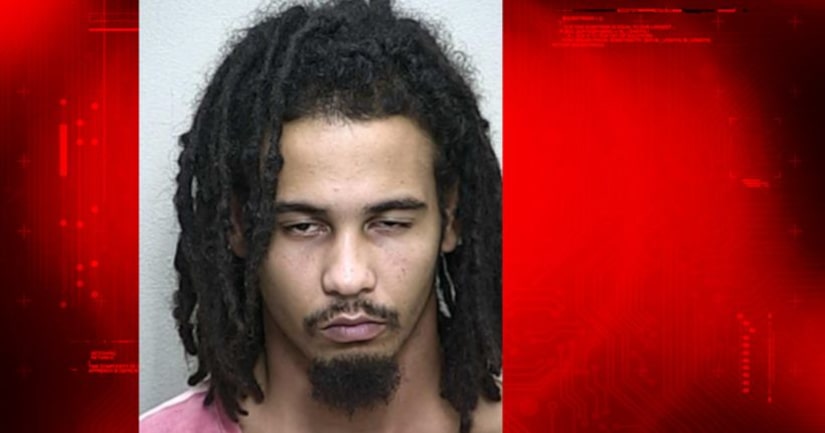 OCALA, Fla. -- (WKMG) -- A man had sex with a woman he had met on the dating site Plenty of Fish, then returned to her home, held the occupants at gunpoint and stole several gaming consoles, according to the Marion County Sheriff's Office.

The victim said she had sex with Kareem Mutcherson, 23, then around 1 a.m. Monday, he returned to the home on Silver Lane in Ocala armed with a gun and wearing a bandana over his face, the arrest report said.

Mutcherson forced the woman inside at gunpoint and took a Wii and PlayStation from the front room, deputies said. He then forced her to unplug a white Xbox from the living room, according to the report.

The victim started yelling so the other occupants in the home could help her. Four people, including a juvenile, exited the bedrooms. A man who lives in the home confronted Mutcherson hoping he would leave, but instead he pistol-whipped the 68-year-old man, deputies said.

He fled the residence with the three gaming systems and approximately 10 games, officials said. A deputy pulled Mutcherson over as he was driving away from the area because his front headlight was out, according to the affidavit.

A child was in the vehicle with Mutcherson, along with the gaming systems that had been reported stolen, deputies said.

Mutcherson, of Gainesville, said he was at the Ocala home having sex with his "side girlfriend," who he called by the wrong name twice. He said he met the woman on the dating website Plenty of Fish and Monday's encounter was their third or fourth time meeting in person.

The suspect told deputies that the victim gave him the gaming consoles as a birthday present.