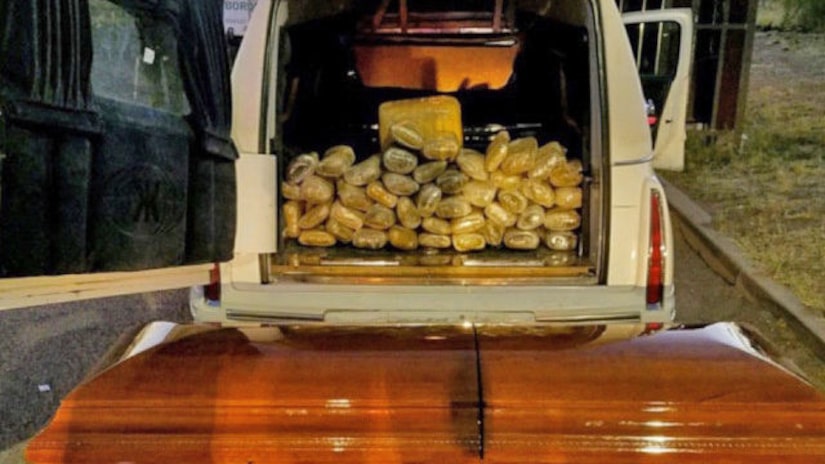 Agents performed a traffic stop near Highway 90 and Highway 82, border officials said. During the stop, agents discovered several inconsistencies — to which they did not expand — and went forward with using a K9 to inspect the vehicle.

The K9 alerted agents about a suspicious odor coming from the hearse, authorities said. During a search of the vehicle, agents discovered that a casket was filled with over $33,000 worth of pot.

According to officials, the 67 pounds of marijuana was hidden between several bags of manure in an attempt to disguise the smell.

A 28-year-old man was arrested for narcotics smuggling, officials said. He is a United States citizen.

Anyone who witnesses suspicious activity near the border can call Border Patrol anonymously at 1-877-872-7435.