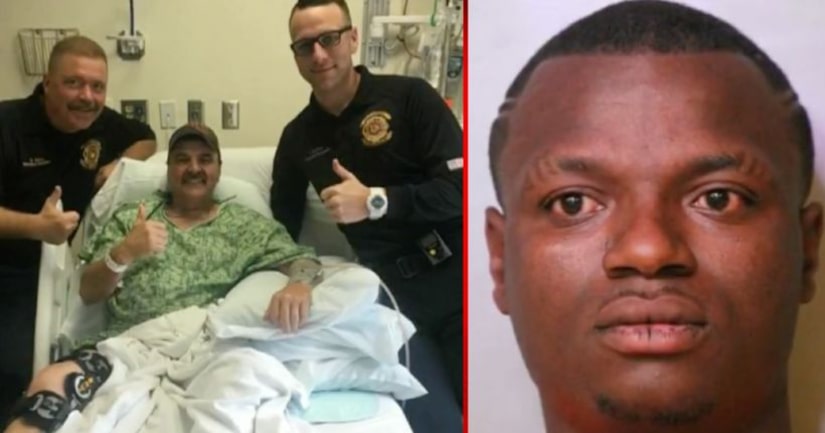 WINTER HAVEN, Fla. -- (KRON) -- A Florida firefighter is recovering after a man literally bit a chunk out of his arm.

It happened after Battalion Chief Kevin Shireman responded to a car accident off Thornhill Road at Moonlite Pass.

According to the Polk County Sheriff's Office, the man, Breonski Gardner had crashed his car into a fence. When first responders arrived, he became combative. As several deputies and first responders tried to restrain Gardner, he made several attempts to bite their arms and fingers.

They used their tasers, but Gardner kept struggling, even after being handcuffed.

Deputies tell us, Gardner bit Battalion Chief Shireman's arm twice, the second time taking huge chunk out of his arm and ripping the skin from his elbow to his wrist.

A witness near the accident tells News Channel 8, Gardner even made threats against them and lunged at them a couple of times before being fully subdued and put in an ambulance.

He was transported to Bartow Regional Medical Center and while he was there, he made several attempts to take off his restraints and continued to make threats towards a deputy and his family.

He eventually broke free from his soft leg restraints and attempted to kick a deputy several times. He even knee'd the deputy in his right eye, causing pain, redness and minor swelling to the area, according to an affidavit.

Gardener is facing several charges including aggravated assault on a law enforcement officer and making threats a public servant or their family.