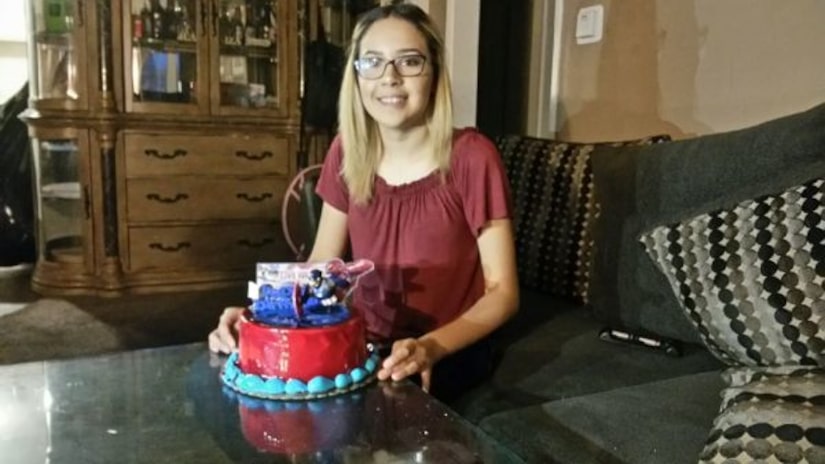 LA HABRA, Calif. -- (KTLA) -- Family and friends gathered at an emotional vigil to remember a 19-year-old La Habra woman who was stabbed to death Friday, allegedly by her boyfriend.

Salina Marie Araiza was found in a vehicle with multiple stab wounds around 6:10 a.m., near a strip mall in the 900 block of West Whittier Boulevard, officials said.

Police had responded to the scene after receiving a disturbance call about a man with a knife; when they arrived, officers found a man carrying a knife who had blood on his clothes, Cindy Knapp of the La Habra Police Department said.

The man also had a neck wound.

Police had to use a stun gun and 40 mm "sponge rounds" to subdue the man who initially refused to drop his weapon "in an apparent attempt to cause an officer shooting," officials said. He was taken to a hospital for his wound.

Officials eventually identified him as Jose Bojorquez, 18, of La Habra. The suspect remains hospitalized and is expected to be booked on suspicion of murder at a later time, according to a police news release.

Araiza died at the scene.

Police said Bojorquez and Araiza were dating prior to the fatal stabbing.

Maida Garcia, a former neighbor who knew both Araiza and Bojorquez, said the couple had a troubled relationship.

"It's like constantly arguing and I told my husband that it was not a really healthy relationship and they were so young," Garcia told KTLA. "I am still in shock."

At the vigil, Melissa Camarillo, a friend of the victim's, told KTLA the couple had a turbulent relationship for about three years. She said he'd always woo her back, sometimes brining her flowers at work.

According to Camarillo, Bojorquez would call her names and be mean to her. Araiza, finally having enough, broke up with him.