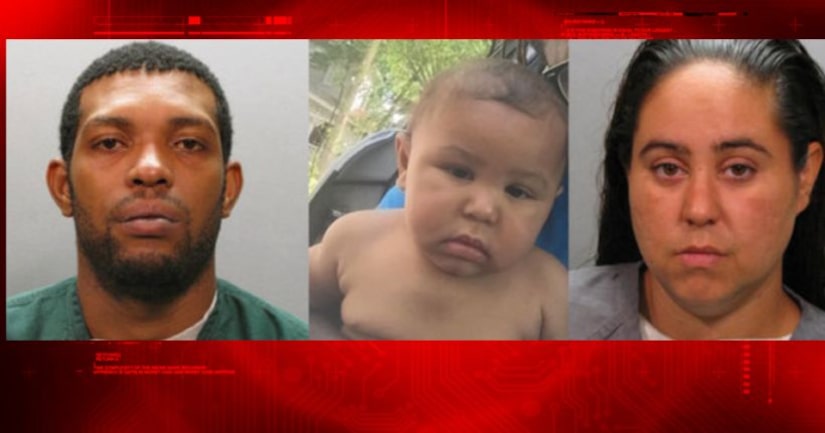 JACKSONVILLE, Fla. -- (WJXT) -- A man and woman are behind bars, charged in the January death of a 15-month old boy.

Police say Isaiah Keller died from asphyxiation after being tied and gagged to get him to stop crying.

This arrest came three months after the boy's death on January 22. Police said it took some time for the autopsy results to conclusively determine the cause of death. Initially, there were no visible signs of foul play.

Friday morning, Hopper and Keller were supposed to make a first appearance at the Duval County jail, but jail officials say the judge waived that appearance after the two refused to leave their jail cells.

While living at the Diamond Inn on Ramona Boulevard near Lane Avenue and I-10, Keller and Hopper told police that they gave Isaiah a bottle and put him down to sleep, and then later found him unresponsive. He later died at the hospital. JSO says the baby lived at the hotel with his parents, along with Andre Keller's three older children.

During the course of the investigation, police said two of those children told detectives that they had seen Keller in the past tie up Isaiah, in order to get him to stop crying.

Members of Andre Keller's family members said Friday they were shocked by the charges.

"We want answers just like everybody else. We kept asking, 'What happened?' And then we also told him, 'Whatever happened, just tell the truth. We want to know,'” said Keller's cousin, Ashley Norris. “At the end of the day, I don't see him as a violent person. I would not take up for anybody killing a baby."