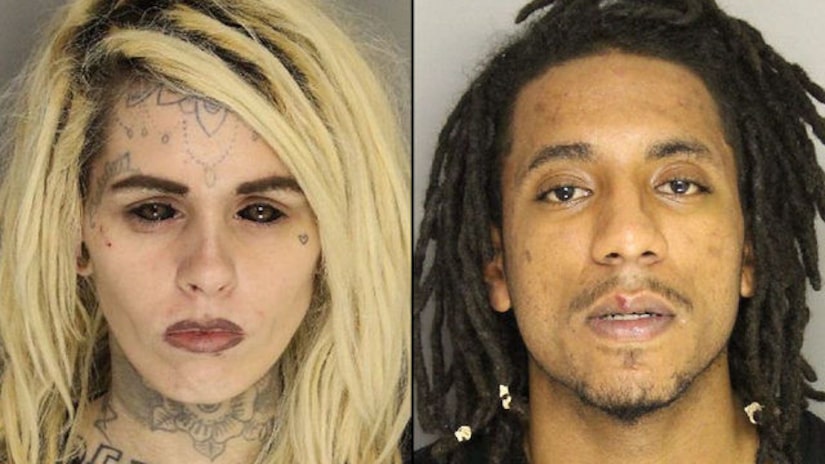 LANCASTER COUNTY, S.C. -- (WSOC) -- Deputies took a man and a woman into custody after an hours-long SWAT standoff in Lancaster County earlier this week.

Investigators said they were called around 11:20 p.m. Monday to a townhome on Sandal Brook Road in Indian Land after a man said he was robbed at gunpoint.

When deputies arrived, they found the victim outside. He told them that a woman he knew, 23-year-old Morgan Varn, invited him to her townhouse. He said there were four other people inside the home, including 23-year-old Jonathan Robinson.

The victim told investigators that Robinson was armed with a handgun and that Varn demanded his cell phone and cash. Varn also threatened him with an ashtray.

The victim walked out of the house and went to a neighbor to call 911.

Three deputies arrived and tried to get everyone inside the house to come out. They said two men walked out but the other three, including Varn and Robinson, refused.

The SWAT team and a negotiator were then called to the scene and a search warrant was obtained. Neighbors were evacuated to a safe location while authorities tried unsuccessfully for hours to get in touch with the three people in the townhouse.

Eventually, Varn and another woman opened the door and walked out, but Robinson stayed inside, refusing to answer negotiators' calls. A short time later, the SWAT team entered the home and took him into custody.

Police searched the home, finding a pistol and ammunition. Officials said the pistol had been stolen during a car break in last summer.

“We had three people and a pistol inside that home and for hours did everything we could to get them to come out,” said Lancaster County Sheriff Barry Faile. “When they didn't, we had to go in and get them. Fortunately, no weapons were discharged and nobody was hurt. That is the outcome we always want.”