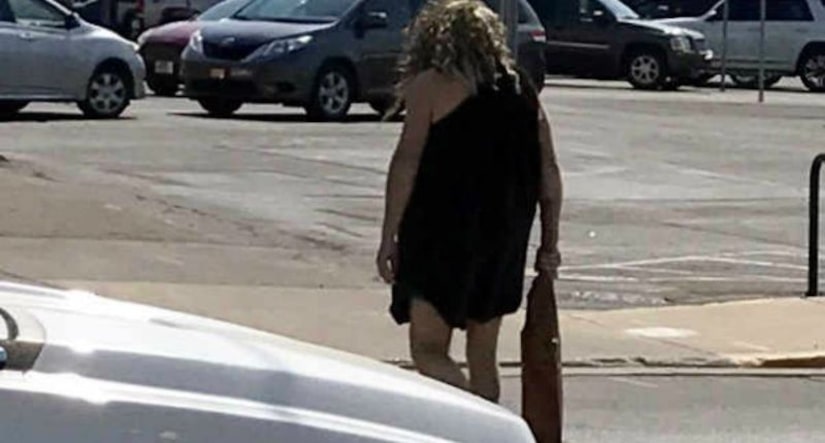 WARSAW, Ind. -- (WXIN) -- A very bizarre and unusual sight have people in a northern Indiana community confused. A man dressed up as a caveman has been strolling the town.

He then made his way to downtown Warsaw with reported sightings near the courthouse. He even walked into women's boutique store Glam—creating a very scary situation for store owner Michelle Smith Ledrew.

Ledrew says she was working behind the counter when a large man with long hair and a club entered her store.

Ledrew tells FOX59 that she froze when she saw him. “I couldn't think of what to say.”

The two made eye contact, and the man glared at her for what seemed like ages. He eventually walked out of her business, and he started looking into the windows of other stores. Michelle used that opportunity to take a quick picture of him so she could later prove what she saw.

“If I hadn't taken a picture to prove it, who knows what people would be thinking of me,” Ledrew told FOX59.

Ledrew says there are rumors that the man is planning to open up his own store, and he's doing this as a publicity stunt to get attention. But she believes he went about it the wrong way, and it potentially could have been dangerous.