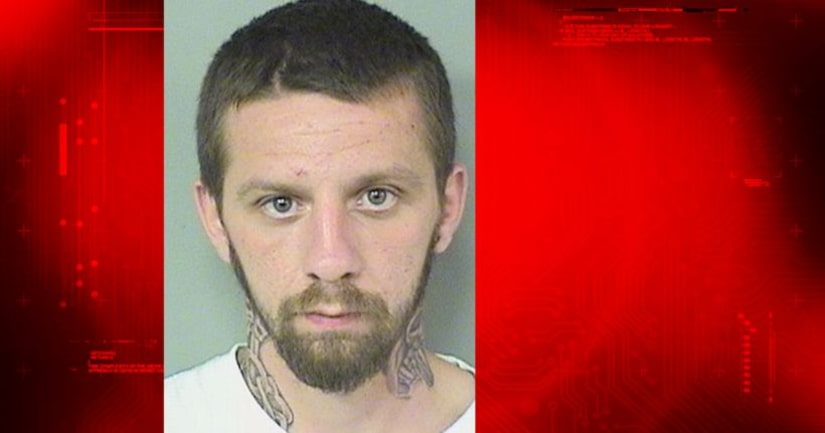 ROYAL PALM BEACH, Fla. -- (WPTV) -- The Palm Beach County Sheriff's Office responded to the 300 block of Tortoise Cove in Royal Palm Beach on Monday, April 24, 2017 in reference to a disturbance.

The PBSO deputy says when he arrived, 22-year-old Damien Harpel was in the middle of the road next to a black Toyota Camry, screaming at his girlfriend, Lacy Curtiz.

Curtiz, who the deputy said appeared upset, told the deputy that she and Harpel were just having an argument and everything is fine. She said that nothing became physical.

The deputy questioned Harpel, who told him that he and Curtiz were in a verbal argument when he tried to leave the house. Harpel said when he got into the car to leave, Lacy tried to stop him and opened the passenger door. Harpell said he then stopped the car and nothing became physical.

One witness told PBSO that he saw Lacy Curtiz in a tank top hanging onto the hood of a vehicle. The witness described a white male, later identified as Damien Harpel, was driving extremely fast trying to shake her off the hood.

According to the witness, Harpel stopped the car and dragged the woman off the hood and proceeded to rip her tank top off. The witness said Harpel started to smash her head against the window and threw her on the ground and punched her on the face.