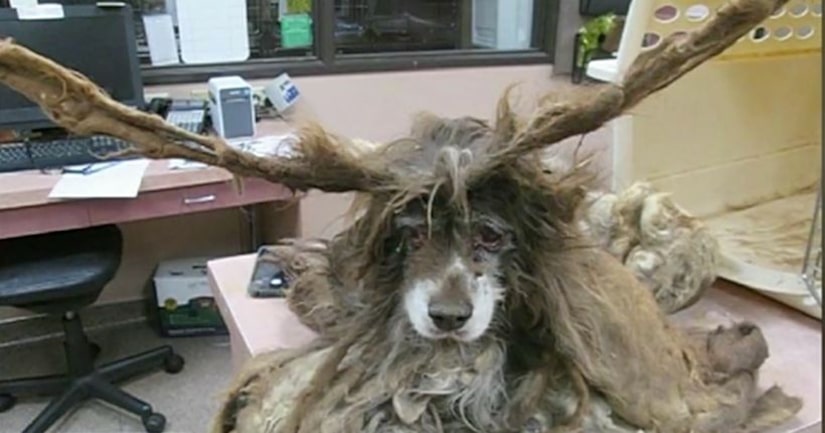 Maricopa County Sheriff's deputies were conducting a welfare check on 66-year-old Sandra Wood near Power and Chandler Heights roads when they found the malnourished animals.

The horse, "Santos," was extremely emaciated, covered in parasites, and suffering from a major heart murmur. MCSO officials said the horse's health had deteriorated to a point that it required euthanasia.

“All the ribs, bones were showing. The horse was in real bad shape,” said Detective Dave Evans with MCSO. “It was emaciated, it was having liver failure, it was dehydrated, and it was in very bad shape.”

"Lillie" the cocker spaniel, was found with heavily matted clumps of hair weighing down her ears and legs. MCSO deputies said she had difficulty walking and was very dirty when she was found.

Doctors at the Palm Glen Animal Hospital said Lillie's condition is improving after they shaved large clumps of matted hair off of her, but one of the veterinarians said, "it was the worst case of this kind of neglect he'd seen in 21 years."

It is not clear if or when Lillie would be considered for adoption.