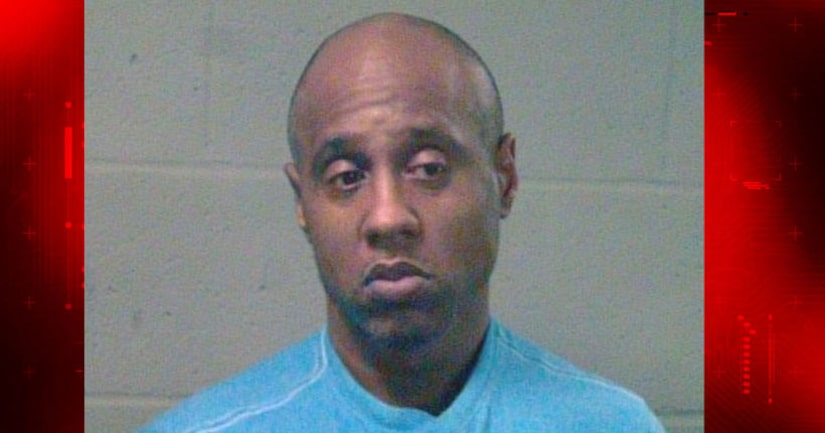 OKLAHOMA CITY -- (KFOR) -- A man is under arrest, accused of kidnapping a young woman and transporting her hundreds of miles so she could make him money through prostitution.

Jason Jarvis Hall, 32, is in the Oklahoma County Jail on charges including human trafficking and kidnapping.

Police said he met a woman through an app in Nashville and drugged her.

"He slipped something into her drink. She stated she began to feel very sleepy, didn't feel well," said OCPD MSgt. Gary Knight. "Next thing she knew she woke up, and she was in Oklahoma. He was determined obviously."

While at a house more than 600 miles away, on the 5100 block of S. Karen St., police said the woman was forced to have sex with four clients and take what she believed was methamphetamine.

"While [the woman] was inside with the clients, [Hall] would stand outside in the yard with a gun" to keep her from leaving, according to the police report. "[The woman] said she was forced to sleep in the same bed as [Hall] and was always being watched."

Days later, the woman managed to get away and call police, who caught up with Hall at a nearby convenience store.

Hall got in his car and drove off, according to the police report, ignoring officers trying to pull him over. He eventually got out of his car and ran through several backyards before officers tackled him and made the arrest.

Police said the case is somewhat out of the ordinary.

"Oftentimes, people will come here for the purpose of prostituting themselves and then end up in the human trafficking situation," Knight said. "This one's certainly unusual that this isn't a juvenile, this isn't a runaway, this is somebody that was forced here."

Hall does not have a history of criminal convictions, but court records show he is currently facing charges for drugs, forgery and assault and battery on a police officer.