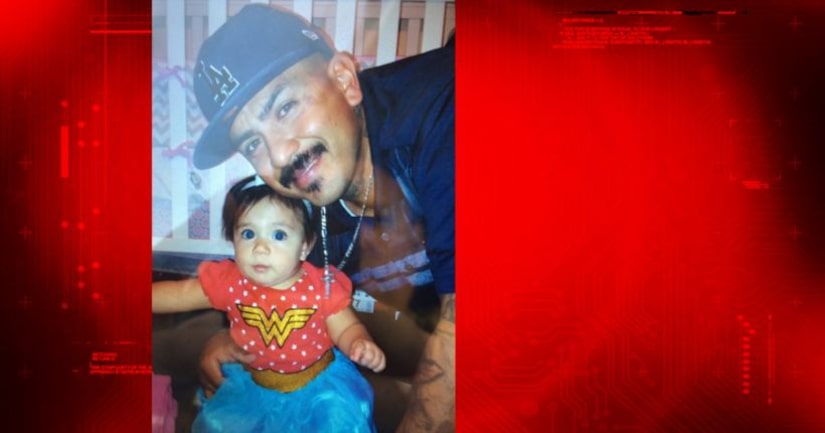 UPDATE: A 1-year-old girl who was allegedly kidnapped in Rancho Cucamonga by her father has been found safe in Montclair, and the suspect has been arrested, the San Bernardino County Sheriff's Department said Tuesday morning, reports KTLA .

RANCHO CUCAMONGA, Calif. -- (KTLA) -- The search for a father suspected of abducting his 1-year-old daughter from Rancho Cucamonga continued Tuesday morning after authorities found the man's vehicle abandoned in Pomona.

Officials issued an Amber Alert Monday evening after the child, Lexi Segura, was taken without her mother's consent by her father, 38-year-old Daniel Segura, at about 5:40 p.m.

“They were in an argument prior to him leaving the location,” San Bernardino County Sheriff's Department public information officer Jodi Miller said.

Daniel Segura, who is considered to be armed and dangerous, was displaying a handgun in a threatening manner as he left the home in the 9500 block of Edelweiss Street, Miller said.

Daniel Segura left in a 2012 red Mitsubishi Galant, which turned up in a residential area of Pomona about 11:15 p.m. Monday, Miller said.

The vehicle was unoccupied and it was unclear why Daniel Segura may have left it in Pomona, Miller said.

The Amber Alert was lifted Tuesday morning because of the discovery of the vehicle, but the investigation continued, Miller said.

“A vehicle is a qualifying factor when an Amber Alert is issued,” Miller said.

Investigators are concerned about Lexi Segura's well-being due to the mental state of Daniel Segura, who had threatened suicide by cop, according to sheriff's officials initial bulletin.

“We are concerned for the safety of this young child,” Miller said.