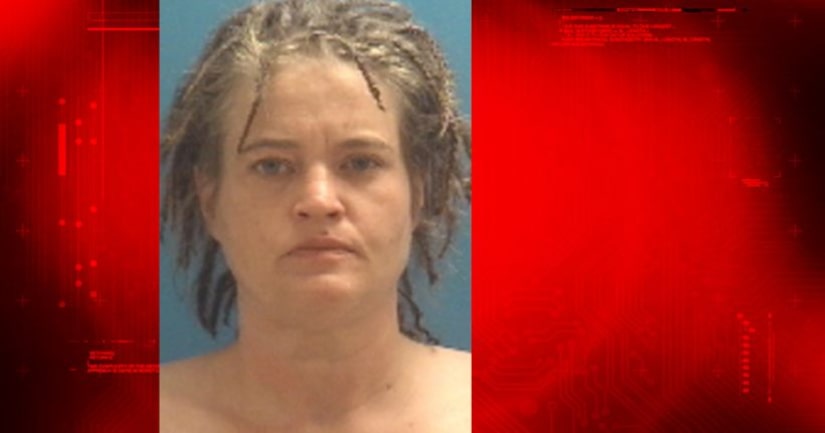 COLUMBUS, Ind. -- (WXIN) -- Columbus police arrested a woman accused of driving while intoxicated with her 1-year-old child in the vehicle.

According to the Columbus Police Department, officers were dispatched to Marr Road near County Road 450 North around 6:30 p.m. in response to an erratic driver.

A caller said an intoxicated driver ran off the road several times and slammed on her brakes in an attempt to get the caller to crash into her. The driver then stopped on Arnold Street and got out of her vehicle while holding a child.

An officer located the driver, Andrea Rhoades, 43, who was standing outside her SUV with the child. She was “visibly upset” and refused to follow commands, police said. Rhoades then tried to get back into her vehicle and pushed the officer's hand away when he tried to stop her.

A Bartholomew County sheriff's deputy arrived at the scene to assist and carried the child away from Rhoades as she continued to struggle against the other officer. She was then forced to the ground and put in handcuffs.

Rhoades refused to submit to a chemical test, police said, and officers obtained a warrant for a blood draw at Columbus Regional Hospital.

FULL STORY: Police: Mother arrested in DUI case had 1-year-old child in vehicle with her - WXIN