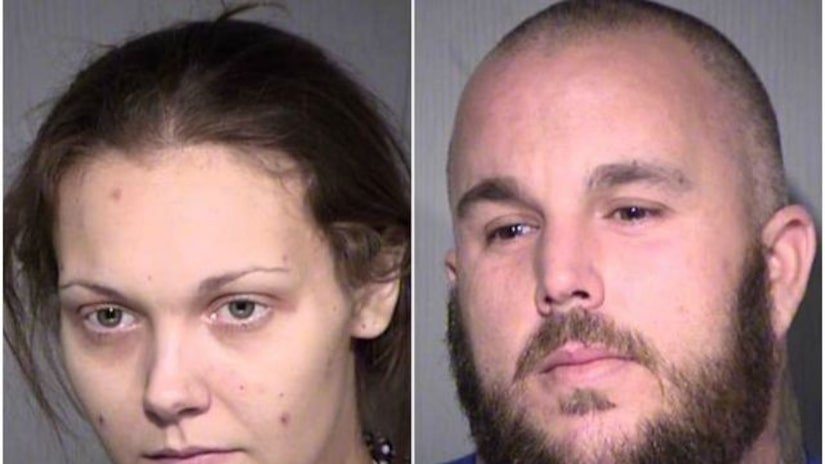 Police report that on April 19 they served a search warrant on a home near Elliot and Meridian Roads in Mesa. Inside, police say, they found three small children, two of them locked in a bedroom. Officials described the inside of the room as having only two beds and feces smeared on the floors, walls and all over the children.

Police say the couple, 28-year-old Amanda Darice Sistrunk and 36-year-old Aaron Michael Fish, had cocaine and marijuana in the home, readily accessible to the children. The couple was reportedly making marijuana cookies and other edible treats in the home.

Sistrunk allegedly admitted to police to using the marijuana and cocaine as recently as the night before the warrant was served.