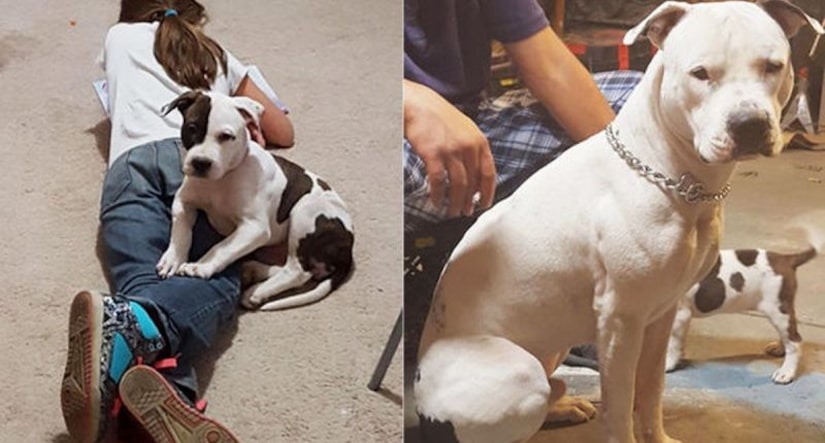 The owner, Christin Ormond, reported B.B. and Calypso missing on Monday night on a Facebook page for lost and missing pets in Mesa County. Ormond told the Daily Sentinel she thought they jumped the back fence and ran off.

A couple out for a walk reportedly found the mutilated pit bulls on Wednesday evening. Ormand told the paper it appeared B.B.'s legs had been burned and Calypso had deep puncture wounds.

“There's someone (out there) that is really sick in the head,” the paper quoted Ormand as saying.

On Facebook, Ormond thanked everyone who helped find her dogs.

“(A)nd the ones who actually came out to the site and helped me retrieved them, a very special thank you to you three,” Ormond wrote. “I could not have done it myself.