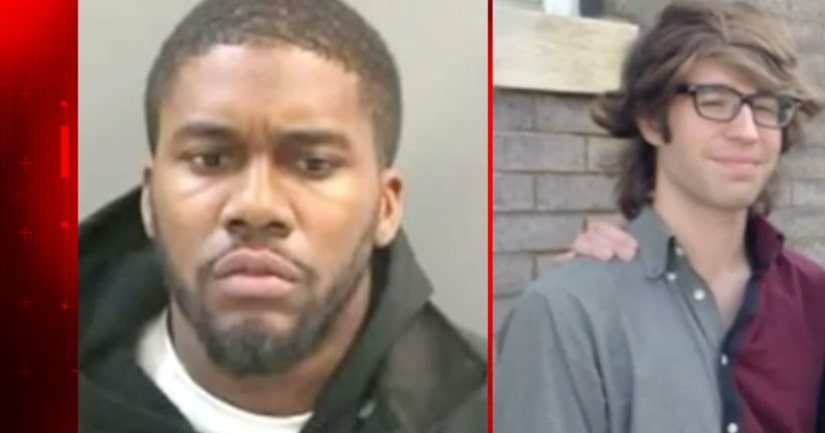 The suspect, 28-year-old Willie Green III of Fairview Heights, pleaded guilty Thursday morning to five counts: one count of involuntary manslaughter, two counts of armed criminal action, one count of second-degree assault, and one count of leaving the scene.

Xander Wohlstadter was heading west on Chouteau on December 31, 2014 when police said Green, who was speeding while intoxicated, was traveling north on Jefferson and failed to stop at the red light.

The crash killed the 20-year-old Wholstader and seriously injured his then 16-year-old girlfriend, Emma Casey.

Wohlstadter's parents described their son as someone who was always smiling, joyful, happy-go-lucky, and a friend to everyone.

"He was so smart and I miss that, and that's part of what I grieve," said Michael Wohlstadter, Xander's father.

"What an easy kid he was to raise," said Beth Lewandowski, Xander's mother. "He had such a good disposition. He was like a Zen master, he was very calm."

Casey was one of many who showed up at Thursday's hearing. She said it was hard to look at Green because all she felt was anger.

Casey's injuries were so severe that the now 19-year-old went through several months of therapy and rehabilitation, which included learning how to write, speak, and walk again.

"I wanted him to look at me and to see the face of his crime," said Casey.

"He wasn't put in jail," Wohlstadter said. "I was hoping that his bond would have been revoked, I was at least hoping for that."

Wohlstadter's parents said that no matter what the punishment, it won't bring their son back nor will it heal the wounds.