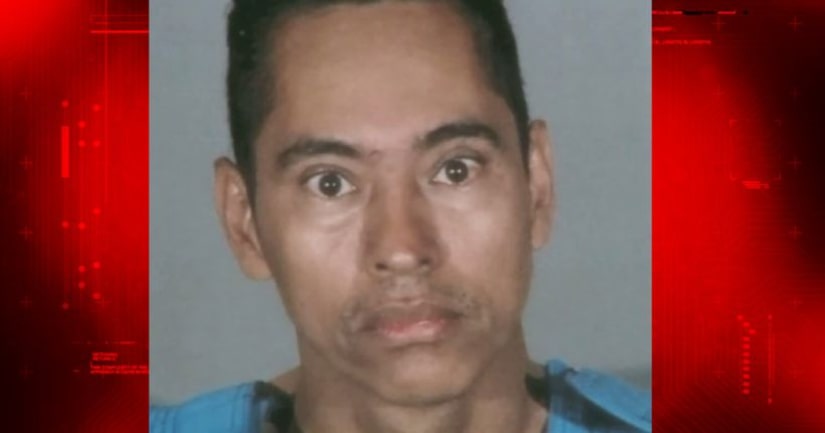 SOUTH PASADENA, Calif. -- (KTLA) -- South Pasadena police credited a 13-year-old girl's quick-thinking actions — and her cellphone — with leading to the arrest of a child molestation suspect on Thursday.

The teen, a student at South Pasadena Middle School, had just left the campus early Wednesday afternoon and was walking eastbound on Oak Street when she noticed a man slowly driving a red Toyota Corolla on the road, according to the Police Department.

The man drove ahead of the teen and stopped at the intersection of Oak and Marengo Avenue, when she was approached by the suspect.

He “had asked her to get into the car, asked her if she needed a ride. And she refused that, and he continued to coax her, trying to get her in the car. She continued to refuse,” South Pasadena Police Chief Art Miller said at a mid-afternoon news conference on Thursday.

The girl took out her cellphone, an action that apparently prompted the suspect to drive away, according to police. But before he managed to flee, she used the camera feature to snap an important photo.

“She had the wherewithal to take a picture of the car that the suspect was in, which was very, very key information for us to have,” Miller said.

The would-be-victim then called her father, who in turn contacted South Pasadena police; the department immediately began to investigate the incident, according to the chief.

Using the photo, police ran the license plate and identified its owner, 43-year-old Edwin Lineras. They then discovered Lineras had a $125,000 warrant out of the city of Alhambra for “child annoyance and unlawful sex with a minor.” Miller said.

The following morning, around 7 a.m., South Pasadena Officer Brian Wiley was working an unrelated case in Alhambra when he spotted the suspect's car. He initiated a traffic stop and ultimately arrested Lineras.

“I was able to identify his vehicle only because of the simple fact of the picture” the teen had taken, Wiley said. “Just based off that picture, I was able to … verify his license plate, and then verify who he was, and then made the arrest.”