SCHAUMBURG, Ill. -- (WGN) -- Bulmaro Mejia-Maya, 29, has been charged with murder in the strangling death of a suburban woman.

Tiffany Thrasher, 33, was found dead in her apartment in the 2600 block of Clipper Drive in Schaumburg Sunday. Police performed a well-being check at her address after Thrasher did not show up for church.

Police say she was sexually assaulted and strangled in her apartment.

Mejia-Maya was a resident of the same apartment complex that Thrasher lived in. His building was to the north of hers and he had lived there for six months prior to the murder.

Police say Mejia-Maya got into her apartment through an open window on the first floor.

Mejia-Maya fled to Florida after the murder. An arrest warrant was issued and Florida State Police have him in custody.

There will be an extradition hearing for him in Jacksonville later today.

Police say as of now they unaware of the motive or if there is any relationship between the two individuals and are considering the incident to be random. 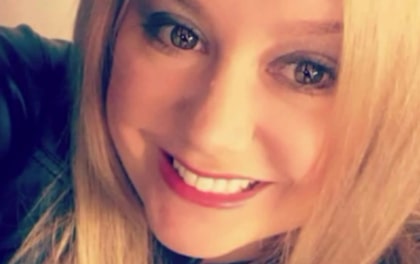 Police: Suspect broke in through window, assaulted woman before killing her