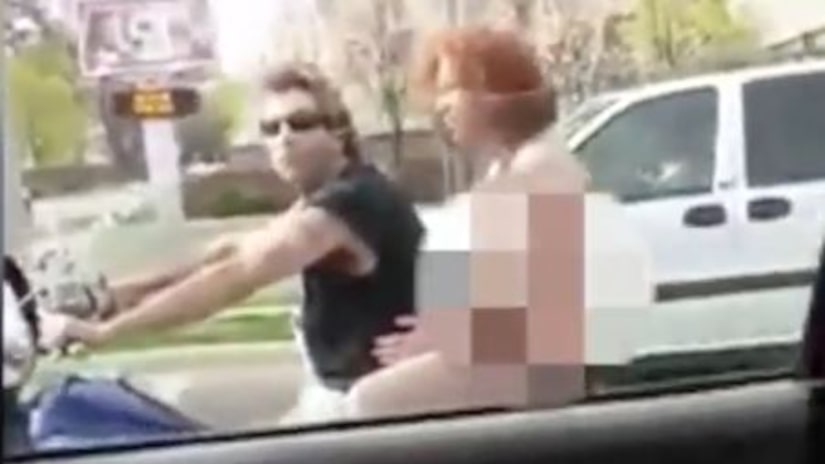 JACKSON, Mich. -- (WXYZ) -- A woman has been cited for indecent exposure after being spotted riding on a motorcycle in Jackson.

It happened Wednesday morning at around 9:15 a.m. The incident was caught on video.

The woman, who was riding as a passenger, was then spotted by an officer, who gave chase before losing her for a short period of time.

When the officer caught back up to her, she was putting a jacket on. She also told the officer she was a “thrill seeker.”