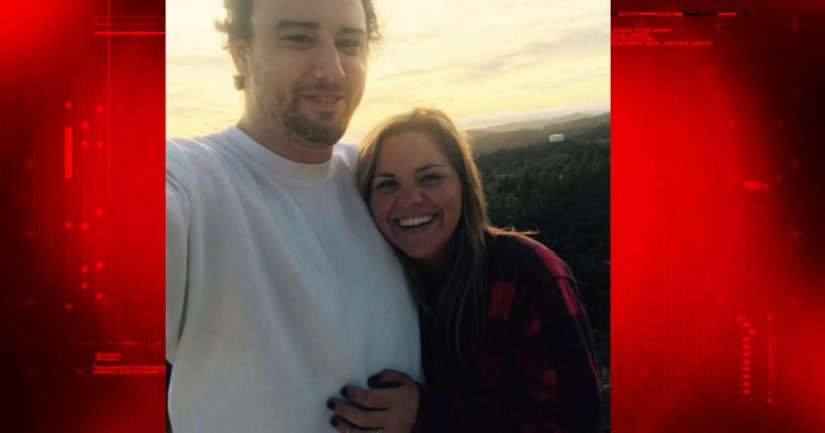 LOS ANGELES -- (KTLA) -- A West Hollywood woman was walking her dog when she was fatally shot by her ex-boyfriend, and he in turn killed himself inside an SUV parked less than a mile away from the shooting, authorities said.

Deputies were first called to the 8700 block of Rosewood Avenue after gunshots were reported about 8:43 p.m. Tuesday, the Los Angeles County Sheriff's Department stated in a news release.

They found paramedics treating 25-year-old Whitney Jade Washuta, who had sustained a gunshot wound in her upper torso. She was declared dead on scene.

Then, about two hours after the initial shooting, another “shots fired” call was reported a little over a half-mile away, in the 100 block of Croft Avenue near the Beverly Center, Los Angeles Police Department Sgt. Trugman said.

Authorities found 27-year-old Kyle Patrick Ramsey dead inside an SUV and determined he had fatally shot himself, deputies said. The SUV and the man inside matched the descriptions of those spotted on surveillance video taken from Rosewood Avenue, Trugman said.

Washuta's sister said the victim had been walking her dog when her ex-boyfriend, Ramsey, with whom she had broken up a few weeks earlier, showed up. He shot Washuta, the sister said.

Washuta and Ramsey had dated for about three years before their split, deputies said in a statement.

Ramsey had recently been calling and bothering Washuta, but she did not file a report, the sister said, according to Kenney. He was from Pacific Palisades, according to the coroner's office.

There were no records of previous domestic violence or stalking allegations against Ramsey, officials said.

“Just a few weeks ago he came over to her house with some flowers and stuff and they got into an altercation," he told KTLA. "Not, I think, physical but an argument, and she slammed the gate on him.”

Then on Tuesday, Shlomo saw Ramsey flee the scene of Washuta's death, he said.

“He ran out of there super quick and he just took off with the car,” Shlomo said.