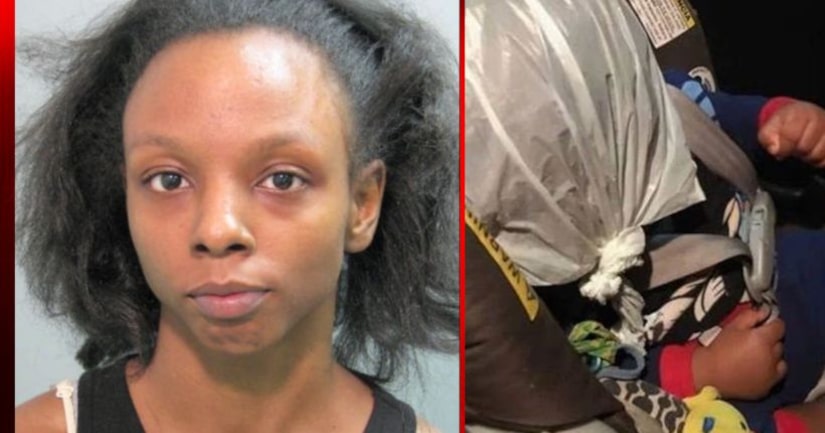 Jamelle Andrea Peterkin, 23, was arrested April 13 and initially charged with only child endangerment. The district attorney's office has since added deadly weapon and assault of a family member by impeding breath to its case against Peterkin.

The charges were added after investigators finished reviewing all the videos and photographic evidence sent to the Harris County Sheriff's Office. Prosecutors said the videos and pictures show the defendant inflicting more harm to the child than what was thought when the initial charges were filed.

The child's paternal aunt, Ra'Neicha Broadnax, reached out to Texas authorities after being shown videos of her 1-year-old nephew, Jaiden, being burned, hit and even having a bag placed over his head. Broadnax said she was told nothing could be done to save the child at first, so she turned to social media for help.

Broadnax posted the videos of the baby screaming while someone, who Broadnax claims to be the baby's own mother, taunted the child.

"Tell your daddy that's what happens when you sit around and play with people," a woman is heard telling the baby.

The videos are heartbreaking, and Broadnax said she obtained 64 of them, showing the innocent child strapped in a car seat, unable to get away from his abuser.

"That's too bad.That's too bad, yep, I felt the same way," the woman is heard saying. The baby, so young that he only has his first two bottom teeth, stares helplessly into the camera as she continues to torture him. "Say 'Dad, you should have just left my mama out your bull****.' Say that."

The woman continues, "You just want to keep playing so this is what you get. That's too bad, Jaiden. Too [expletive] bad!"

The woman then hits the baby again in the chest area, causing him to wail louder. 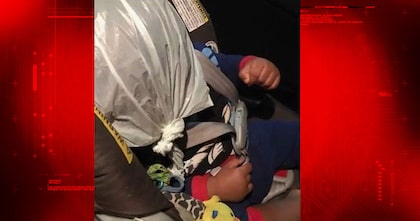