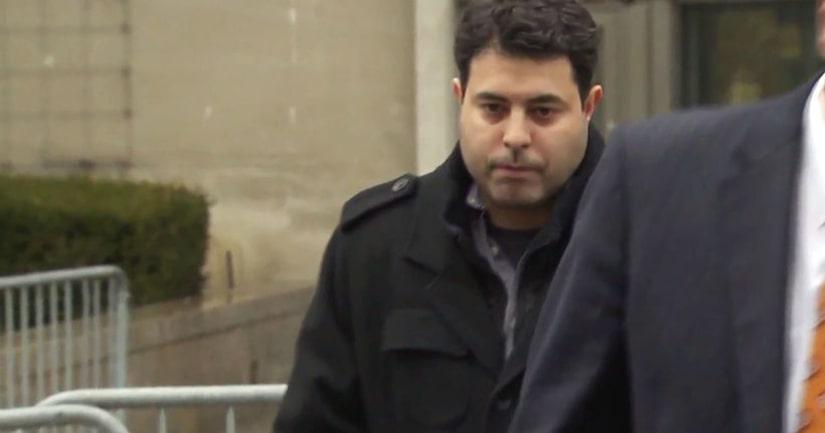 A federal judge in Brooklyn on Wednesday sentenced Randazzo to 28 years in prison, followed by eight years of supervised release and sex offender registration.

Randazzo, who was first arrested in February 2013 by the Queens District Attorney and NYPD, admitted that he had sexual interest in mothers having sex with their children.

He pleaded guilty last summer to two counts of conspiracy to sexually exploit a child and one count of receipt of child pornography.

He also instructed the woman to "talk dirty to him."

The former sergeant was apparently so consumed by his compulsions that when he was free on bail on the state charges of child pornography, he was busted by U.S. Homeland Security agents for downloading more child pornography. That led to the federal charges being filed.

Randazzo was targeting women on websites like Ashley Madison and Match.com and then persuading them to sexually abuse their children, or children they had access to, so he could watch the encounters. Evidence showed his activity on the websites started as early as 2010.

PIX11 News was at Queens Supreme Court when Randazzo was busted in February 2013. One of the sergeant's girlfriends found disturbing text messages on his phone, along with images sent by women to Randazzo, and reported them to the NYPD's Internal Affairs Bureau.

IAB investigators who raided Randazzo's apartment in Astoria, Queens, in 2013 found numerous videos and images of children being molested.

Randazzo's victims ranged in age from a few months to 8 years old. He traveled out of state to watch two victims being molested in person. Randazzo even arranged to have the 8-year-old victim drugged so the child would not remember the abuse.

Three of the women that performed Randazzo's requests have been criminally charged in the Eastern District of New York.