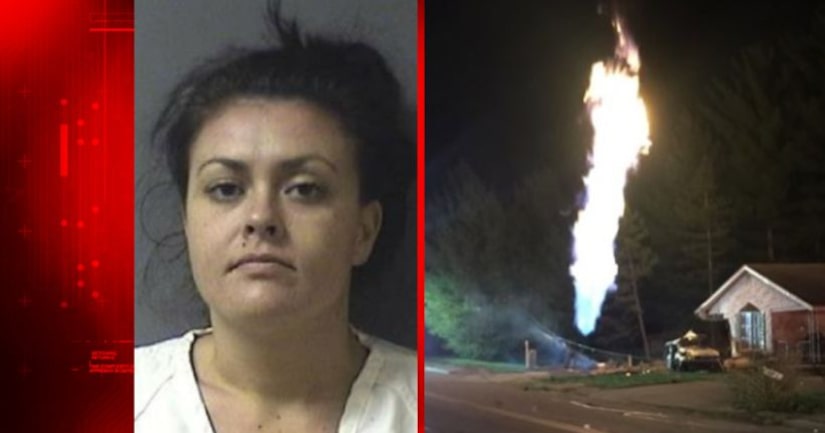 MADISON COUNTY, Ind. -- (WXIN) -- A mother is facing charges after her husband reportedly crashed into a high-pressure gas line in Alexandria.

The crash caused flames to shoot up 40 feet in the air and forced Vectren to shut off gas to about 100 homes on Thursday, April 6.

Reels reportedly admitted to police that she and Vaughn had a few drinks and were on their way home when Vaughn crashed.