MUSKEGON, Mich. -- (WXMI) -- An 8-year-old is believed to be involved in the death of a 1-year-old boy who was left unsupervised in a home day care.

An 8-year-old is being called a 'person of interest.' All witnesses in the case are children, police officials said.

The exact cause of the infant's death is not yet known.

Korey Brown, 1, was found by his mother when she went to pick him up from the daycare on Friday.

Bryanna Reasonover told FOX 17 Sunday night she found her son's body in a playpen when she went to pick up three children she had dropped off the previous night. She said her son's body was covered in bruises and bite marks, which police later confirmed.

The 8-year-old 'person of interest' was taken to a hospital for a mental evaluation.

Police say the owner of the daycare is cooperating with investigators.

Bryanna says she's angry that an adult at the day care was not supervising the children and did not protect her child from harm.

“Bruises and bite marks on his face. Bite marks on his fingers. It was bad.” Says Reasonover. “An adult wasn't there supervising as they were supposed to. But I'm pretty sure another kid from a day care did it.” 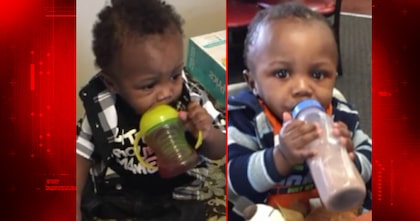