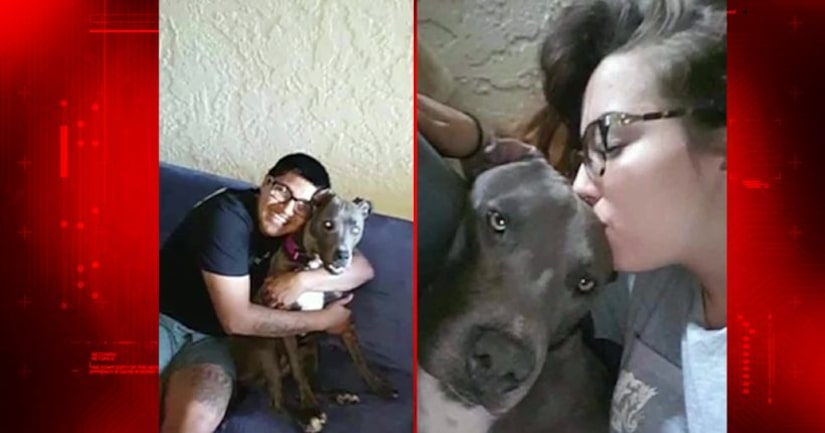 PHOENIX -- (KNXV) -- A Phoenix family remained devastated Monday night after the death of their dog. A neighbor "euthanized" the animal the day before with a sledgehammer, according to a woman who identified herself as a witness.

Two cars hit Beau the pit bull Sunday evening, according to Jessica Headley, who was driving along Oak Street near 37th Street.

Headley stopped to try to help Beau; the dog crawled back to its home. The owners weren't home.

A neighbor brought over a sledgehammer, and hit the dog twice on her head, killing the animal, Headley said. The neighbor believed Beau was in pain and needed to be put down, Headley said. She pleaded with him to leave the dog alone, to no avail, she said.

Headley planned to take the dog to a veterinarian.

“[The] last thing [the dog] saw, some stranger with a sledgehammer, that's horrible," Headley said.

FULL STORY: Family grieving after neighbor 'euthanizes' their dog after it was hit by a car - KNXV