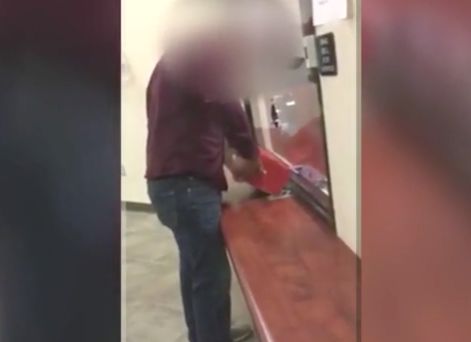 DEMING, N.M. -- (KRQE) -- A Deming mom says her son was trying to pay a fine when he ended up pinned to the ground by police and in handcuffs. Video of the incident went viral and the teen’s mom is speaking out.

“My son decides to pay the fine in quarters,” said Andrea Acosta, the mother of Juan Weaver who’s seen in the videos.

The staff at the Deming Municipal Court are heard in the teen’s video asking him to go back to the bank.

He continued to dump out the coins from a box, every last cent. Acosta said then a woman at the court called the police.

“We go outside and then, 4 or 5 police cars just drove by,” said Acosta.