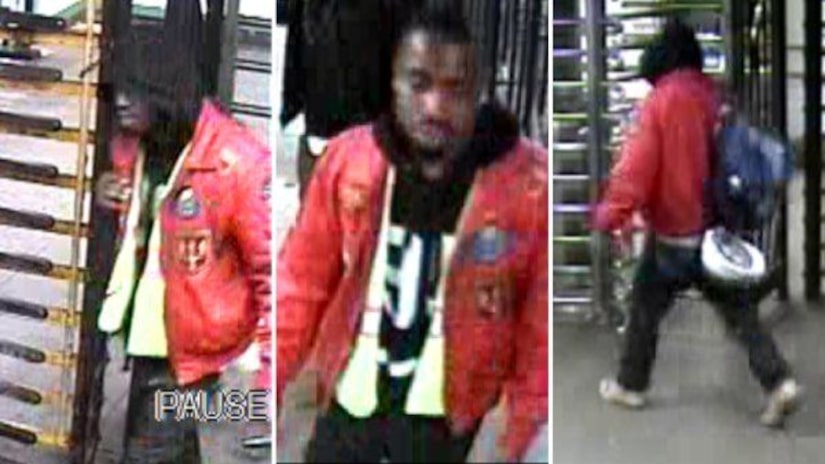 Kimani Stephenson approached the 22-year-old victim from behind early Friday morning, police said. She was waiting on the northbound platform of the F/M train at the 14th Street and Sixth Avenue subway station around 4 a.m. when Stephenson allegedly touched her chest and groin area. When she confronted him, he pushed her.

She fell to the subway tracks and broke her left wrist, police said. The woman was pulled to safety by a stranger and then taken to a hospital with a broken wrist and injuries to her left leg and shoulder.

He fled the station, but was caught on camera wearing a red bomber jacket with multi-colored patches and black jeans. The security footage also showed him carrying a white construction helmet.