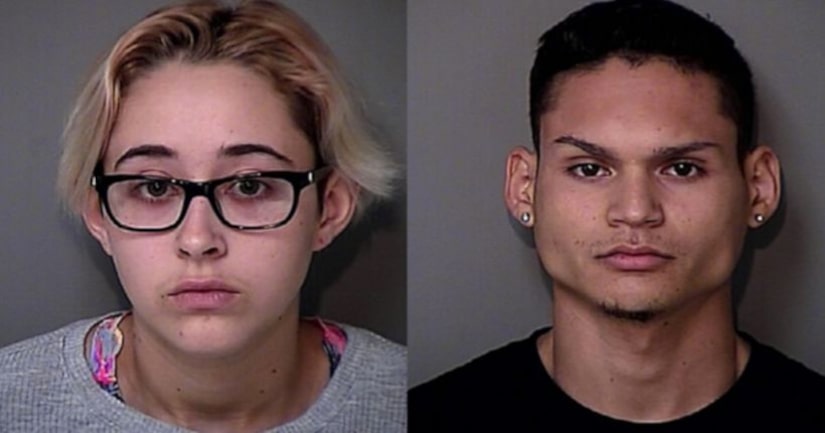 KISSIMMEE, Fla. -- (WKMG) -- A woman gave her boyfriend instructions and served as a getaway driver while he robbed her ex-boyfriend's house, according to the Kissimmee Police Department.

Bianca Schaefer, 19, told her boyfriend, Kenneth Santiago-Morales, 18, when to rob her ex-boyfriend's house and where the money would be, police said. Schaefer and Santiago-Morales texted back and forth to coordinate the crime, according to the report.

Schaefer told Santiago-Morales he would find money hidden in a drawer in the house and she told him to steal a PlayStation 3 so she could have it, police said.

Santiago-Morales went to the home on Liggins Street in Kissimmee around 12:30 p.m. Thursday, possibly with other people, to commit the robbery while Schaefer sat in a car nearby, police said.

A man who was inside the home called police when he saw armed, masked people trying to enter the home through the porch. Authorities arrived at the home and set up a perimeter thinking the robbers were still inside.

When they did enter the home, the robbers were gone and an Asus laptop, a silver safe, a gun and jewelry had been stolen, police said. The property was valued at $1,850 total.

Schaefer and Santiago-Morales were found near the home and taken into custody as persons of interest.