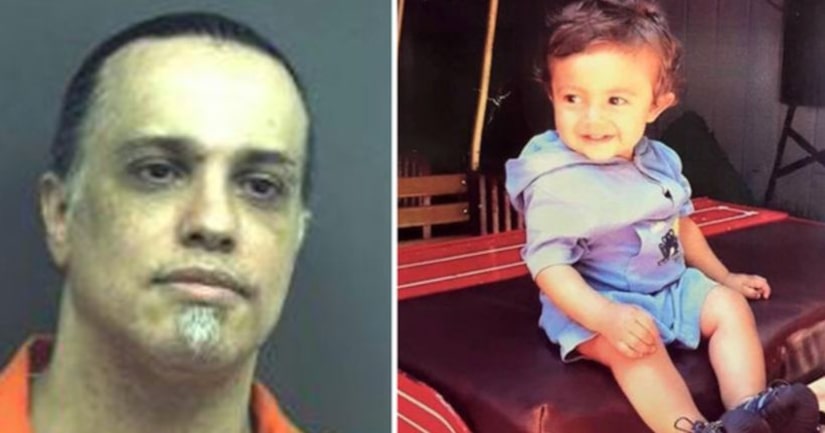 A Virginia man was found guilty of capital murder in the death of his baby son, who officials said he plotted to kill from nearly the time he was born to get a life insurance payout.

Joaquin Shadow Rams will be sentenced to life in prison for the 2012 killing of 15-month-old Prince McLeod Rams, Judge Randy Bellows ruled Thursday, according to The Associated Press.

Efforts to revive Prince were unsuccessful and he was declared dead the next day.

Rams claimed his son died after suffering a fever-induced seizure, but prosecutors contended that Prince was either drowned or suffocated, and noted that the kind of seizures he had actually been suffering from are not fatal, the AP reported.

Bellows concluded that the seizures the child had been experiencing simply “gave the defendant his alibi, his way to justify how Prince came to die in his care.”

He also concluded that Rams planned to kill his son ever since he took out life insurance policies totaling more than $500,000 in September 2011 — just two months after the child was born.

It was the fourth time the little boy had been alone with Rams since a civil judge that summer granted him unsupervised visits over the objection of Prince's mother, Hera McLeod, the AP reported.

McLeod left Rams when Prince was about two weeks old and reportedly feared for the safety of her son if left with her ex-fiancé.