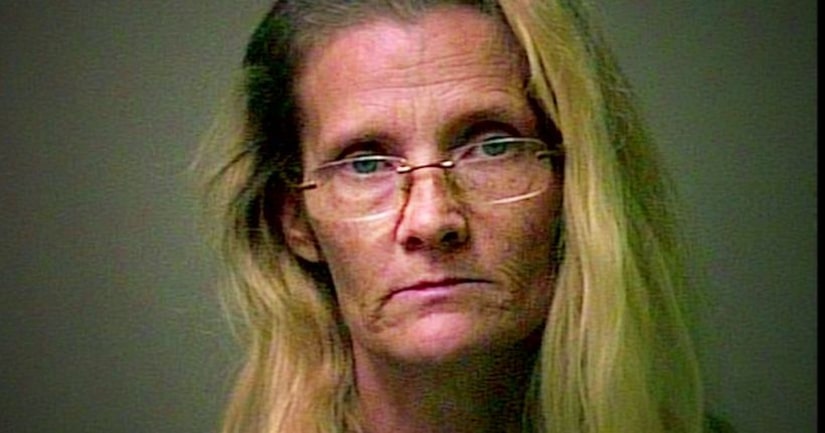 OKLAHOMA CITY -- (KFOR) -- An Oklahoma City woman who is accused of dressing as a witch to terrorize her 7-year-old granddaughter has been sentenced to prison for child abuse.

Officers were called to a home in southeast Oklahoma City in Sept. 2014 after the woman tried to take the victim to Griffin Memorial Hospital.

According to the police affidavit, 51-year-old Geneva Robinson told employees at the hospital that she could not control the girl anymore.

The 7-year-old child looked to be malnourished and had numerous burns and bruises across her body, according to the police report.

The report said the victim's ankles had cuts around them and were infected.

Her wrists had marks "which had the appearance of possibly being bound."

Authorities said the 7-year-old girl claims Robinson, her grandmother, would dress up as a witch and abuse her.

The girl told a DHS worker Robinson would wear a green mask, take her to the garage, bind her wrists at night and make her sleep on a pair of pants because "she was in trouble."

The child said the witch's name is "Nelda."

"Nelda" would allegedly "take a pink dog leash and hang the victim in the middle of the garage underneath her arms" and tell the girl "the creatures in the attic were going to come get her."

The child also said she would be hit with an orange and black whip.

"The evidence at the scene corroborated what she was saying," said MSgt. Gary Knight, Oklahoma City Police Department. "There were whips and chains and a witch's hat found there. Just a completely horrible situation for a child to be in."