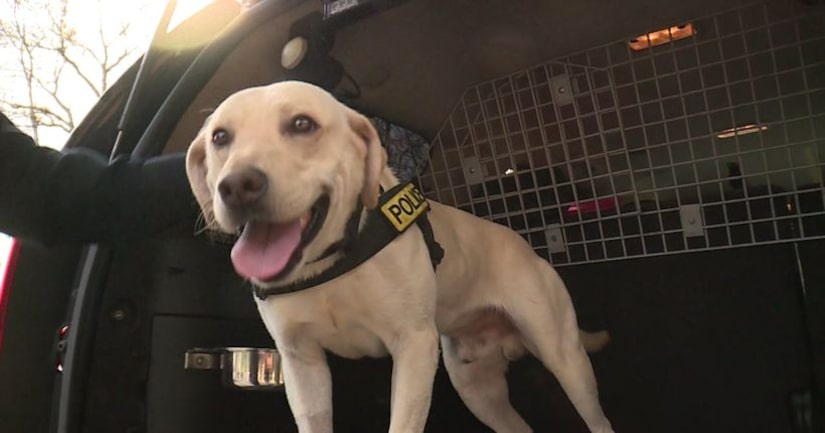 ST. LOUIS -- (WDAF) -- A police officer in the St. Louis area has gone from living in a shelter to fighting crime.

Luke may be the youngest, smallest officer on the Bel-Ridge Missouri Police force, but in just a short period of time, he's made some big busts.

He came from a shelter in Austin, Texas and was about to be euthanized.

Now after just over a month on the job, this lab is making his mark assisting with seven drug busts.