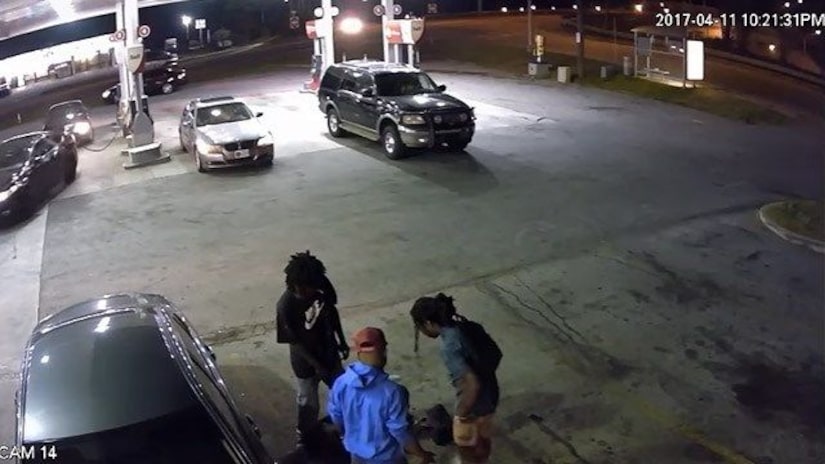 ATLANTA -- (WGCL) -- Police are searching for a suspect in an armed robbery at a DeKalb County gas station who made the victims strip completely down to their underwear.

The incident happened around 10:20 p.m. Tuesday night at the Texaco gas station on the 2500 block of Gresham Road in Atlanta.

According to DeKalb County Police, the victims were standing outside the store waiting for a ride when the suspect walked up to them. As they were talking, the suspect grabbed a gun out of his pants and started going through the victim's belongings.

This all happened as people continued to pump gas and walk into the store.

The suspect ordered both victims to strip down, firing two warning shots as the situation unfolded. The suspect made off with clothes, cell phones, money and several other items.

FULL STORY: Victims in armed robbery made to strip in public by suspect - WGCL