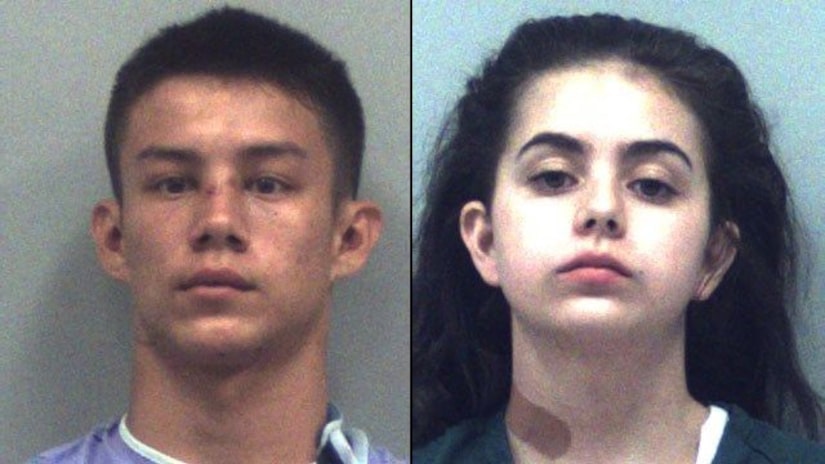 GWINNETT COUNTY, Ga. -- (WGCL) -- Two teens accused of beating an elderly couple to death have both been charged with two counts of murder.

Police found Randall and Wendy Bjorge dead at their home in the 1900 block of Furlong Run in Lawrenceville on April 8.

Concerned family members reached out to police and asked them to check on the couple earlier in the week.

Officers attempted to contact the couple twice, but were unsuccessful. After entering their home, police say they were both found beaten to death. The medical examiner says the cause of death was homicide and both victims died as a result of an incision to the throat. Both victims also suffered blunt force trauma and sharp force injuries.

The examiner also believes the couple had been dead for about a week when officers found their bodies.

The couple's 17-year-old granddaughter, Cassie Bjorge, and her boyfriend, 19-year-old Johnny Hiro have been charged in their deaths.

Both teens barricaded themselves inside an apartment complex, which led to a SWAT standoff before they were eventually apprehended.

Police say the teens were initially taken to the hospital with self-inflicted wounds.

The elderly couple killed were both 63-years-old.