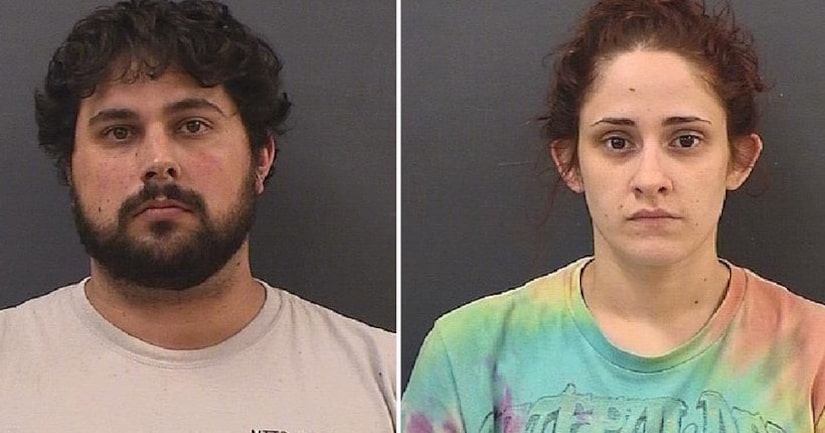 GALLATIN, Tenn. -- (WZTV) -- A Gallatin couple has been arrested after they smoked crack and marijuana in the hours before two toddlers disappeared from their home.

According to the arrest affidavit for the children's mother Marisa Burns and Jacob Lormand, the two admitted to smoking crack Tuesday night at 11 pm, then smoking marijuana at 1 am on Wednesday morning. The affidavit states both Burns and Lormand were sleeping when the 2 and 3-year-olds disappeared from the home, making their way into an unlocked car across the street and closing themselves in.

Around noon, another child -a four-year-old girl- woke Burns and Leonard, whom then discovered the kids were missing from their 1015 LBJ Court home and calling police. Police responded to the scene and found the two toddlers inside the car "lethargic and barely responsive." The responding officer stated both children were wearing nothing but diapers and both were covered in dried feces. The officer says it was 76 degrees outside and considerably hotter inside the car.

The children were transported to the hospital and found to have extreme diaper rashes which were bleeding. The two-year-old also had bruising on his right forearm, consistent with adult fingertips. Both children were treated for heat exhaustion and dehydration. The two boys were last seen around 10 a.m., so it is believed they were in the car for up to two hours. Police say the children's mother showed no visible concern about her children's safety or whereabouts.

Back at the house, police were given permission to search the home and located a small amount of marijuana along with multiple pipes used for smoking marijuana and crack cocaine. Officers say the house was filthy, with trash, dog feces, and dog urine. The children's mattresses were also located on the floor without sheets.