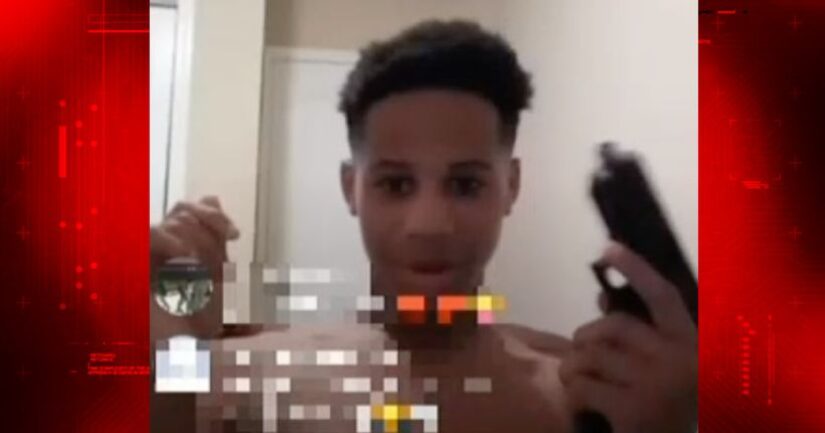 FOREST PARK, Ga. -- (WGCL) -- Family members say a metro Atlanta middle school student was showing off a gun on social media when he accidentally shot himself.

Family members say he traded his iPhone for the gun about four days before shooting himself. They believe his death didn't have to happen if someone had spoken up.

Heart-stopping screenshots show Malachi Stephens' last social media post, which showed the danger he had right by his side.

"That is my godson, Malacki. He was 13 years old and he was in his bedroom playing with a gun on Instagram live," says Shantiera Bankston. "He was full of life, he was a good kid, very active, loved dancing."

And it's those traits his family feels are not of someone who wanted to commit suicide, but of a teen who would make a mistake that would cost his life.

"He did not kill himself," says Bankston. "He loved life, he was just playing with a gun and the gun went off."

His family explains he got the gun from another teenager four days before the shooting.

"If somebody would have said something, maybe he'd be still here," says Bankston.

His father, Ernest Stephens, tells CBS46 it was Malachi's mother who kicked in his locked bedroom door and found her son.

The bullet hit the teen in the head.