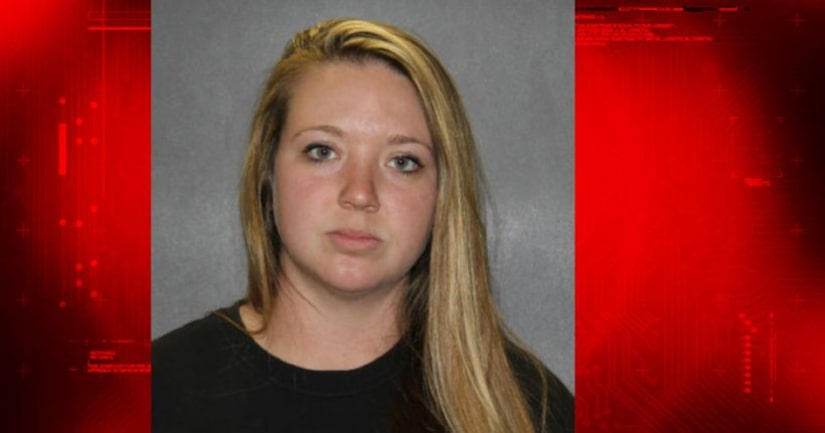 SPENCER, Ind. -- (WXIN) -- A former wrestling manager at an Owen County middle school has been charged with solicitation and possession of child pornography.

Eva Nicole Wright, 24, of Spencer was arrested on a warrant Sunday, March 26 following an investigation by Indiana State Police and the Owen County Prosecutor's Office.

On Feb. 23, authorities received a complaint regarding an in inappropriate relationship between Wright, the wrestling coach's fiancé, and a 14-year-old Owen Valley Middle School student athlete, according to court documents.

On Feb. 24, investigators examined a cell phone that showed the two corresponding with nude photos and approximately 516 text messages, which were sexual in nature at times, court documents say.

The eighth grade victim reportedly told officers that Wright kissed him one day at practice and he remembered slapping her on her backside.

Wright reportedly told officers that she did not feel very attractive and suffered from low self-esteem after having a baby, so she was craving attention.

Wright claimed she never asked for videos or pictures from the student, but told him she liked them to make him happy and not hurt his ego. She told officers she had no other inappropriate communication with other wrestlers.